Trump Says He'll Send Refugees Back to Syria If Elected

Republican presidential candidate Donald Trump has said that if elected to the White House, he will send Syrian refugees back to their homeland.

This is the latest in a series of conflicting statements Trump has made regarding his position on the Syrian refugee crisis. On September 9, Trump criticized American leadership for not accepting more Syrian refugees. The next day, following a Capitol Hill rally criticizing the Iran nuclear agreement, he told CNN the American response should be limited. 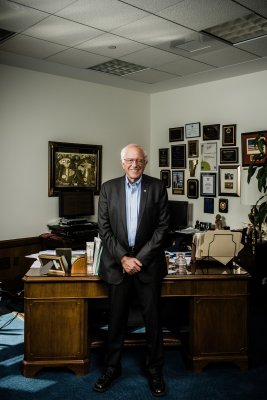 The Gospel of Bernie
Next Up: Editor's Pick