Here's Who Might Be Missing at the Next GOP Debate

If the stage has seemed crowded in the past couple GOP debates, get ready for a little breathing room: CNBC announced on Wednesday that candidates must be polling at least an average of 3% in national polls to be onstage.

And while that means more time and focus on frontrunners, low-polling presidential hopefuls like Rand Paul, Mike Huckabee and Chris Christie are going to need to amp up their game to score a spot with the top contenders. Otherwise, they’ll be relegated to the pre-primetime, undercard debate.

CNBC’s 3% rule differs from the past Republican debates of the year, which have collected top performing candidates onstage, even if they couldn’t clear 3%. CNN reports that the fact that CNBC is even hosting an undercard debate is surprising, given that Republican National Committee officials had stated that the last GOP debate on September 16 would be the last to have one.

The RNC, however, was pleased with the new rules.”CNBC’s efforts to ensure that all of our top candidates will have an opportunity to share their views with the American people,” RNC Chariman Reince Priebus told CNN.

The CNBC debate, which takes place on October 28, will be hosted by Squawk on the Street‘s Carl Quintanilla; Becky Quick, who co-hosts Squawk Alley with Quintanilla; and the network’s Washington correspondent, John Harwood. The theme will be “Your Money, Your Vote,” with questions focusing on the economy, taxes, and retirement. 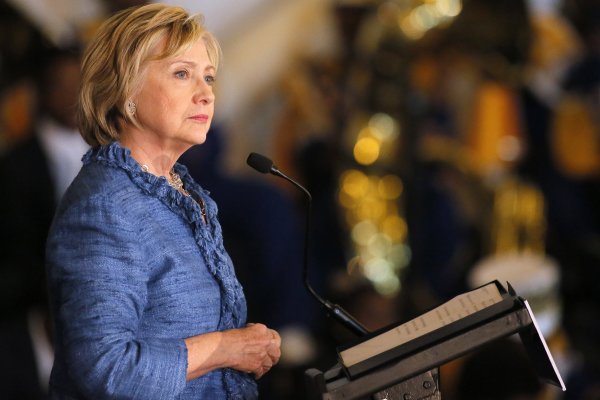 Read the 6 Most Interesting Hillary Clinton Emails
Next Up: Editor's Pick