5 Things to Know About Recreational Marijuana Sales in Oregon

For many Americans, October 1 signals the start of the Halloween season. For Oregonians older than 21, it’s going to be the first day they can legally purchase recreational pot, making it only the third state in the country to legalize sales of recreational weed.

Haven’t I heard this before? Perhaps you had heard that recreational marijuana use had been legalized on July 1 thanks to Measure 91, but purchasing pot wasn’t—until now.

So people can smoke willy nilly in Oregon? Not really. Marijuana laws still remain in effect: You can’t smoke or buy unless you’re 21, and marijuana use is restricted to private spaces (no, your car does not count as a private space). Speaking of cars, it’s illegal to drive while under the influence of marijuana. And during the week, you might still want to steer clear of ganja, since companies can still subject employees to random drug tests.

Why is Oregon legalizing the purchase of pot? In short: cash. Each ounce of flowers will be taxed $35 per ounce, each ounce of leaves is levied $10 per ounce, and immature plants get tacked on $5 an ounce. Legal pot sales are a valuable stream of revenue for cash-strapped states, and Oregon is jumping on the bandwagon. The state is projected to collect $10.7 million in revenue in the next two fiscal years, which isn’t shabby, though Colorado recently reported a huge, $70 million payday from taxes collected from the sales of pot.

Where can one buy pot in Oregon? Asking for a friend. Here’s the list of the 203 medical marijuana dispensaries that are planning to sell to recreational users. The first day of recreational pot sales will probably be long lines, so be prepared to wait. And be sure to bring cash: federal prohibitions on pot sales mean credit cards and conventional banking aren’t going to work.

Are there public health standards for the pot? Complaints regarding dispensaries or quality can be called in to the marijuana hotline at 503-823-9333. And if a citizen suspects dispensaries are selling to minors, the Oregon Health Authority would be the best people to get in touch with, at 855-244-9580 or medmj.dispensaries@state.or.us. 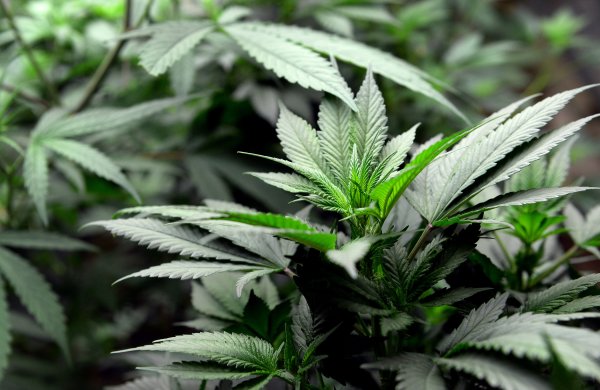 $10,000 of Marijuana Fell From The Sky and Crashed Outside A Family's Home
Next Up: Editor's Pick