Here's How the Palestinian Flag Came to Be

Palestinians wave their flags as they watch a live-screening of president Mahmud Abbas' speech followed by the raising of the Palestinian flag at the United Nations headquarters in New York City, on Sept. 30, 2015 in the city of Ramallah.
Abbas Momani—AFP/Getty Images
By Justin Worland

The Palestinian flag was raised Wednesday at the United Nations after a vote by the U.N. General Assembly earlier this month approved the action. This year will mark the first time the flag will fly outside the U.N., but the flag’s history stretches back a century to the Arab Revolt against the Ottoman Empire.

During World War I, Arabs in the region banded together to fight against the Ottoman Turks who had been ruling various land in area for centuries. They hoped to establish their own country under Arab leadership. Their flag was designed for that rebellion by Hussein bin Ali, the ruler of Mecca and leader of the revolt, according to the Palestinian Academic Society for the Study of International Affairs. Each of three stripes and the one triangle were intended to represent different Arab dynasties. Later, the order of the stripes was changed. (Per Encyclopedia Britannica, the new order helped visibility.) The Palestine Liberation Organization adopted that flag as its own in 1964. In the early 1990s, a ban on the flag in Israel was lifted.

Those who know their flags well will also realize that the flag is very similar to the flags of Sudan and Jordan. Both of those countries adopted their own flags (Sudan in 1969 and Jordan in 1928) to signal their support for a unified pan-Arab country. At the time of the revolt in 1917, rebels hoped that the flag would eventually represent a united Arab state that would include modern-day Syria, Lebanon, Israel and Palestinian territories. 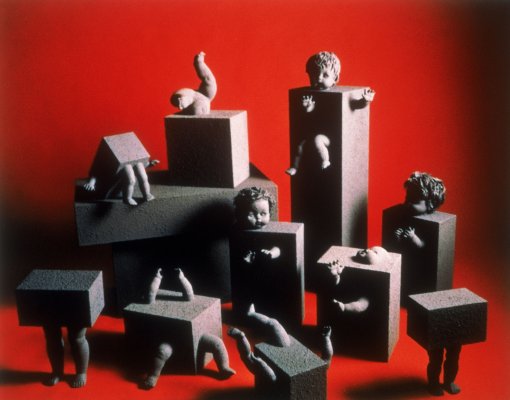 The History of Creepy Dolls
Next Up: Editor's Pick