We Still Don't Know How the Great Chicago Fire Started

New buildings are already under construction just a few weeks after the catastrophic fire in Chicago, 1871. The view is from the corner of Randolph and Market streets.
Chicago History Museum / Getty Images
By Jennifer Latson

Without a doubt, the Great Chicago Fire was one of the worst disasters of the 19th century. It leveled more than 3 square miles of the city, killing 300 people and leaving another 100,000 homeless. But for nearly a century and a half, questions have lingered over who—or what—actually started the fire on this day, Oct. 8, in 1871. The debate has featured a rotating cast of colorful (possible) culprits, but every explanation has its doubters. To this day, no one knows for sure which, if any, is to blame. The suspects include:

Mrs. O’Leary and her cow. That the fire started in the barn behind Catherine O’Leary’s West Side cottage is certain. How it started is the question, although throughout her life, O’Leary suffered the condemnation of a city that blamed her for it. As the popular story went, O’Leary was in the barn around 9 p.m., milking her cow, when the cow kicked over a lantern and sparked the inferno. According to the Chicago Tribune, O’Leary herself consistently denied this account, saying that she never milked after dark. However, as an Irish immigrant living in poverty, she made a convenient scapegoat—and reporters seized on the fire’s great irony: Although it decimated Chicago’s downtown, wiping out the central business district and charring the courthouse, the blaze that began in her barn somehow spared O’Leary’s meager cottage.

Peg Leg Sullivan. A century after the fire, officials turned their attention to a different suspect (although the cow still played a supporting role). As TIME reported in 1971, this alternate account featured Mrs. O’Leary’s one-legged neighbor, who was allegedly having a nightcap in the barn when a spark from his pipe ignited the hay. “As he tried to flee, his peg leg stuck in a floor crack,” TIME recounts. “He discarded it and hobbled to safety by clinging to the cow.” An amateur historian, Richard Bales, found enough evidence pointing to Daniel “Peg Leg” Sullivan—including inconsistencies in Sullivan’s story about what happened that night—that a Chicago City Council committee officially exonerated O’Leary in 1997.

A comet. Some have suggested that pieces of Biela’s Comet—a periodic comet that apparently disintegrated around the time of the fire—might have fallen to Earth and sparked not only the Chicago fire but other devastating blazes in Wisconsin and Michigan that same year. Bales debunks this theory in his book, The Great Chicago Fire and the Myth of Mrs. O’Leary’s Cow, arguing that the blue flames some firemen reported seeing were likely from burning natural gas, not extraterrestrial gases, as theorized by the comet camp.

A gambler. A more likely culprit, according to the Chicago Tribune, is the one person who actually admitted fault for the blaze: a businessman and gambler named Louis Cohn. Cohn, who died in 1942, was 18 when the fire broke out. His will contained a public confession he’d previously only shared with friends and family: He and Mrs. O’Leary’s son, along with a few other boys, had been shooting craps in the hayloft by lantern light that night, when one of the boys—not the cow—knocked the lantern over. Cohn’s story is perhaps the most believable of the bunch, since he had nothing to gain from lying. In fact, his version of the story is anything but self-aggrandizing. A 1944 press release from the Medill School of Journalism, which received an endowment from Cohn’s estate, notes, “Mr. Cohn never denied that when the other boys fled, he stopped long enough to scoop up the money.”

Read about the centennial commemoration of the fire, in 1971, here in the TIME archives: Commemorative Fireworks 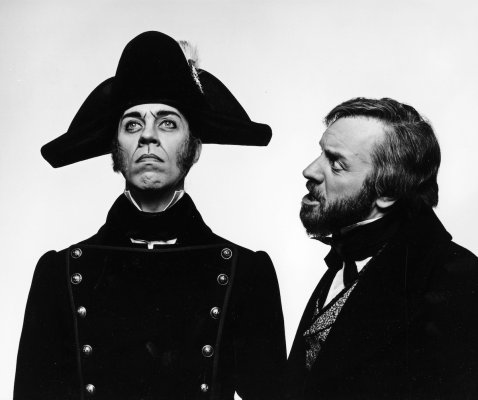