General view of the NCAA logo on the floor during action at University of Dayton Arena on March 20, 2013 in Dayton, Ohio.
Joe Robbins—Getty Images
By Justin Worland

The NCAA doesn’t need to compensate college athletes beyond paying for the cost of their attendance, a federal court ruled Wednesday. In a mixed ruling for both college athletes and the NCAA, the court also found that the NCAA had violated antitrust laws by limiting what student athletes may receive while playing college sports.

The ruling from the U.S. Court of Appeals for the Ninth Circuit comes more than five years after former UCLA basketball star Ed O’Bannon sued the NCAA for using his name and face on television and in video games without compensation. The NCAA argued that providing players with a share of that compensation would be antithetical to its mission of fostering amateur sports.

Last year, a federal judge suggested that players should be able to receive up to $5,000 a year in deferred compensation. Wednesday’s judgment overrules last year’s outcome, but supports the charge that the NCAA violated antitrust laws.

“The NCAA’s rules have been more restrictive than necessary to maintain its tradition of amateurism in support of the college sports market,” the ruling read.

In a statement, NCAA representatives said they ARE still assessing the impact of the ruling. 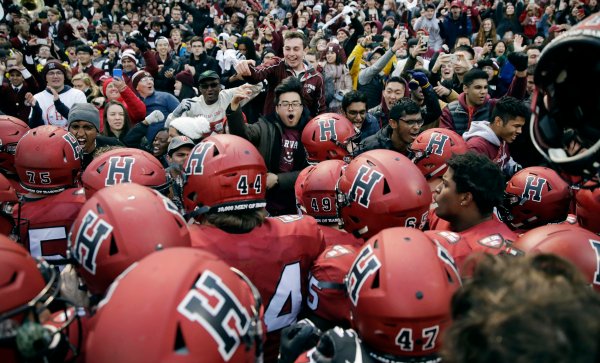