Can You Spot What's Wrong With the Poster for The Walk Movie?

Philippe Petit became a sensation in 1974 for his high-wire walk between the Twin Towers in Lower Manhattan. But in the poster for a new movie about his stunt, The Walk, the iconic buildings seem to have been transplanted to Midtown.

As Vulture and Untapped Cities have pointed out, the aerial view of the towers shows clearly that they are not located at their rightful home in the Financial District. First, the streets surrounding them fall on a tidy grid, typical of Midtown but not of the island’s southernmost tip, where streets tend to be more irregular. Second, the Hudson River, which is only a few blocks away from where the towers stood, is nowhere in sight. Third, a few Midtown landmarks are visible beside the base of the towers, including St. Patrick’s Cathedral and 30 Rockefeller Center, putting the World Trade Center around 50th Street and Fifth Avenue—about four miles away from the correct location.

Stills from the movie itself do not seem to have relocated the landmark buildings, so it’s unclear why the advertising would do so. The Walk, starring Joseph Gordon-Levitt, opens in IMAX 3D on Wednesday, and in regular theaters on Oct. 9. 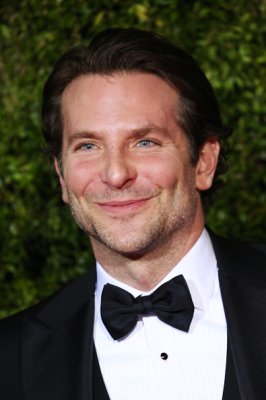 Bradley Cooper Serves Up Trouble and 'Culinary Orgasms' in New Trailer for Burnt
Next Up: Editor's Pick