Buzz Aldrin: Water on Mars Is Another Small Step for Humankind

In this handout provided by NASA's Mars Reconnaissance Orbiter, dark, narrow streaks on the slopes of Hale Crater are inferred to be formed by seasonal flow of water on surface of present-day Mars.
NASA—Getty Images
Ideas
By Buzz Aldrin
Dr. Buzz Aldrin served as lunar module pilot for Apollo 11, the first manned lunar landing mission. He is the author of eight books, including his New York Times best selling autobiography Magnificent Desolation. His newest book, Mission to Mars: My Vision for Space Exploration, was published in 2013. As one of the leading space exploration advocates, Buzz continues to chart a course for future space travel. He is an unpaid advisory board member for XCOR Space Expeditions.

For future Martians there was great news this week.

Mars researchers revealed the strongest evidence yet that liquid water is flowing on the Red Planet. That prospect can help sustain humanity’s presence there and establish a growing settlement on that world.

Water is the elixir of life. And using this vital resource further bolsters my plan to establish Cycling Pathways to Occupy Mars.

So the good news is that there’s water.

But the bad news is that it’s poisonous water.

The running water on Mars is briny, rather than pure, and loaded with deadly perchlorates. Nevertheless, the treatment and processing of that water—as well as making use of subsurface reservoirs of ice and tapping possible underground aquifers—that all adds up to the ability of humans to live off the land: Marsland.

A water supply on Mars could enable the growing of vegetation and edible foods, and perhaps the cultivation of protein-rich fish.

So this revelation about water and the Red Planet makes a lot of things possible. Furthermore, I’m positive that other exciting findings about Mars are in the offing. One of which is that, perhaps, the planet is today an extraterrestrial address for microbial life.

The evidence of water on the surface of Mars has many implications. In fact, the finding is a wellspring, a gusher of good news to make possible the creation of a permanent settlement outpost on the Red Planet.

Still, back here on Earth, we need to face the ebb and flow of politics and budgets. It’s time to rebuild and sustain America’s space program that makes the vision of our future on Mars valid.

No dream is too high for those with their eyes in the sky!

Buzz Aldrin, best known for his Apollo 11 moonwalk, holds a doctoral degree in astronautics and continues to wield influence as an international advocate of space science and planetary exploration. Aldrin and co-author, Leonard David, wrote Mission to Mars – My Vision for Space Exploration, published in 2013 by the National Geographic Society. Aldrin’s new children’s book, Welcome to Mars: Making a Home on the Red Planet, co-authored with Marianne Dyson, was published in this month. 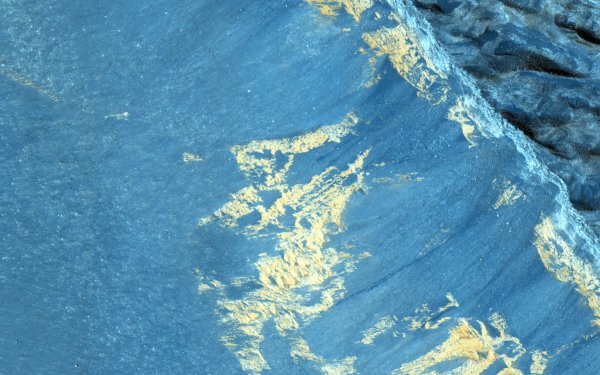 See the Mysterious Photos of Water on Mars
Next Up: Editor's Pick