Edward Snowden in 2013.
Getty Images
By Olivia B. Waxman

Whistleblower Edward Snowden joined Twitter Tuesday with the handle @Snowden and a profile that reads “I used to work for the government. Now I work for the public. Director at @FreedomofPress.”

He is only following one other account: the National Security Agency (@NSAGov) — which is hilarious, given he is famous for leaking documents that revealed the reach of the NSA’s surveillance program.

Most of his tweets so far have been in conversation with Neil deGrasse Tyson, astrophysicist and director of the Hayden Planetarium at the American Museum of Natural History in New York City:

And of course Glenn Greenwald, the journalist who broke Snowden’s story, welcomed the computer whiz:

And here are some of the other welcomes Snowden has gotten so far:

@Snowden Can you help me set up Google two-factor authentication?

Welcome to Twitter @snowden, and thanks again for doing this: http://t.co/LOLHEGk0tl pic.twitter.com/FoTqwE7QQS

Read next: Edward Snowden: 2013 Person of the Year Runner-Up 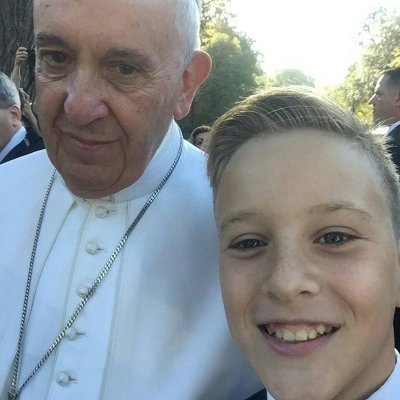 People Can't Resist Snapping Selfies With the Pope
Next Up: Editor's Pick