We Need Frances, Not Just Francis

During his in-flight press conference Sunday, Pope Francis said that women becoming priests “cannot be done.” I can understand him choosing not to do something on this now: He has a full plate with all the other issues he’s already taken up. But it’s time that we acknowledge that women are already serving priestly roles, and that the church benefits from women’s service and perspective.

Pope Francis cited Pope St. John Paul II as being the basis for why women cannot serve as priests. He used a historical argument. But current archeology is demonstrating that women in the early church did serve priestly functions. This shows that just because something has been one way for a long time, doesn’t mean that it can’t change.

Too often we lose sight of the priestly work that’s being done without bishop-presided ordination. Many sisters already act as chaplains and religious leaders in places including hospitals, nursing homes and college campuses. We lead prayers and serve as community leaders. Someday, priests will turn around say, “Oh! So that’s what you’ve been doing!”

I’m optimistic that women will be able to serve as priests one day. But it will happen through practice. First we need to change the system so that it is more about the service that Pope Francis describes.

We’ve seen a similar transition occur in other areas. For example, I started practicing law when at a time when few women did, and we women had to change the profession a bit in order to contribute. Women helped bring mediation, alternative dispute resolution, and a wholistic approach to criminal sentencing.

Priests could learn from sisters about service, and women can help change the idea of the privileged status that many of our ordained priests have. The church too often gives preference to those who give money over those who get left out, and it could be better about giving its voice to those who struggle. Pope Francis has been clear that that’s where we belong.

Having women priests could also help balance out the priesthood so that we all get represented. Often there is a lack of understanding in our male, celibate priesthood about women. We make them nervous. It might be easier if they had more contact with strong women leaders who offer a different perspective.

What’s most important is that we serve where we’re needed. I don’t feel called to an ordained priesthood. But I want my sisters who do to be able to have that option. I think the people of God would be served so much better.

Sister Simone Campbell is the executive director, of NETWORK, A National Catholic Social Justice Lobby, and author of A Nun on the Bus: How All of Us Can Create Hope, Change, and Community. 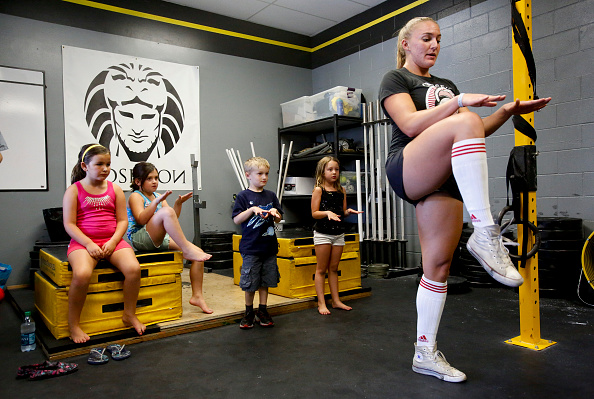 How Exercise Could Beat Bullying
Next Up: Editor's Pick