NASCAR was at the center of controversy this summer, when race fans continued to fly the Confederate flag after black churchgoers in Charleston, S.C. were massacred by a white man. Carson labeled the decision the decision to fly the flag “a local issue,” while Petty dismissed debate over the flag as a “passing fancy.”

“Swastikas are a symbol of hate for some people, too. And yet they still exist in museums and places like that,” Carson told the Associated Press. “If it’s a majority of people in that area who want it to fly, I certainly wouldn’t take it down.”

Carson, the only African-American candidate in a crowded GOP field, was making a stop in Randleman, N.C. to receive an informal endorsement from former NASCAR driver Richard Petty. “We’re hoping he’s endorsing the camp, we’re not necessarily endorsing him, but we are—you know what I mean?” Petty told the AP, in his trademark cowboy hat and sunglasses.

An endorsement from a NASCAR legend lends Carson some credibility in the South, even if Petty did not full commit. The Southern states will play a key role in deciding the 2016 Republican presidential nominee. 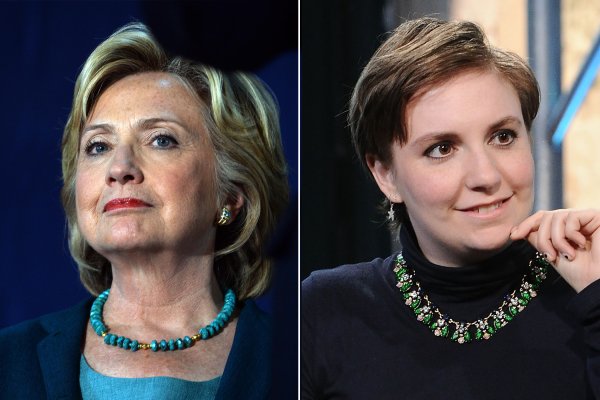 Hillary Clinton Talks Student Debt and the 'Cold Shoulder' With Lena Dunham
Next Up: Editor's Pick