Former intelligence contractor Edward Snowden poses for a photo during an interview in an undisclosed location in December 2013 in Moscow.
Barton Gellman/Getty Images
By Tanya Basu

That tweet might be a jab at the only account @Snowden is following: @NSAGov, the official account for the National Security Agency, his former employer and the organization from which Snowden leaked classified documents in 2013.

The account, which is verified by Twitter, has a bio reading, “I used to work for the government. Now I work for the public. Director at @FreedomofPress.”

Snowden’s emergence on Twitter follows a recent smattering of press for the fugitive. Actor Joseph Gordon-Levitt revealed in a September interview that he secretly met with Snowden to research his role in the biopic Snowden, and he conversed with journalist Kashmir Hill at the Electronic Frontier Foundation’s Pioneer Awards earlier this month. 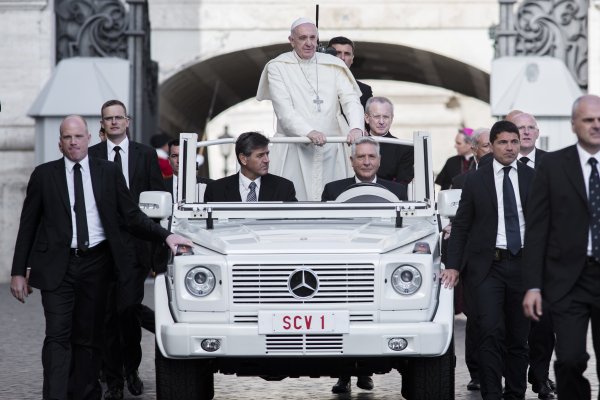 Pope's Upcoming Visit Already Had a Security Threat
Next Up: Editor's Pick