Family Strives to Save Premature Baby Born on Cruise Ship

The parents of a baby boy born prematurely aboard a cruise ship have been fighting for his life from the moment he entered the world and their struggle isn’t over yet.

Haiden Morgan’s improbable fight for survival began on Sept. 2, when he was born well in advance of his Dec. 19 due date. His mother Emily had been cleared by her doctor for a Caribbean cruise and the family, including the dad Chase and daughter Chloe, 3, was 100 miles out at sea and 14 hours from the nearest hospital when Emily went into labor, PEOPLE reports. Doctors aboard the ship didn’t expect the child to live.

“We kept him close to our bodies and monitored him,” Emily told PEOPLE. “They didn’t expect him to live so they didn’t pay very much attention to him. But we did. And at 6 in the morning, they got a syringe and gave him one little drop of dextrose every three hours. He had a little sugar water that kept him going.”

Haiden’s attentive parents got him through the ordeal on the ship and the family is now renting a $30 a day apartment near a Miami hospital, where Haiden’s struggle continues. The baby’s parents say his ordeal is still a “rollercoaster” but that as of Monday the baby is stable and steadily gaining weight. The family has launched a crowdfunding campaign to help cover Haiden’s mounting medical costs, which has already surpassed its $37,000 goal.

The Morgans’ hope to bring Haiden home by the end of October.

“We still can’t hold him, but we’ve touched his hands twice,” Emily told PEOPLE. “We talk to him and tell him we’re praying for him and that we love him. We’re so grateful that he’s alive.” 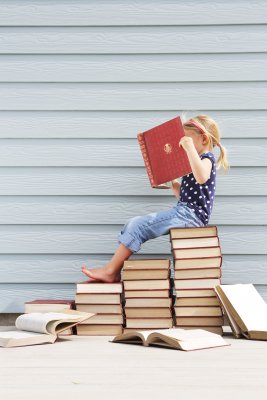 8 Timeless Books for Kids and Teens
Next Up: Editor's Pick