The Republican-led House Committee on Oversight and Government Reform is conducting one of four investigations into Planned Parenthood in the wake of a series of videos released in recent months by the Center for Medical Progress, which alleges that Planned Parenthood sells aborted fetal tissue for profit.

In her testimony, Richards called the videos “discredited, doctored” and “designed to smear Planned Parenthood,” and said that none of the affiliates featured in the videos ended up signing a contract with the dummy corporation set up by activist David Daleiden.

“While our involvement with fetal tissue research is a small component of Planned Parenthood, it offers the potential of lifesaving research,” Richards said. “We stand behind our affiliates that contribute to these efforts to discover medical breakthroughs.”

Read Next: Meet the Man Behind the Planned Parenthood Videos

House Republicans on the committee questioned Richards about everything from her salary to the services the women’s health organization offers to the percentage of Planned Parenthood’s revenue that comes from performing abortions.

Rep. Jim Jordan, a conservative from Ohio, was one of several Republicans to grill Richards about her early apology for the content of the first video. Rep. John Duncan on Tennessee suggested Richards only apologized because her organization got caught.

“I was apologizing for what was said, in a non-clinical setting, in a non-appropriate way,” Richards conceded.

Rep. Elijah Cummings, a Maryland Democrat who serves as the committee’s ranking member, focused on undermining the credibility of the Planned Parenthood undercover videos.

“David Daleiden and his group engaged in a three-year campaign of deceit against Planned Parenthood,” Cummings said in his opening remarks. “Despite his best efforts, Mr. Daleiden failed. There is no credible evidence before this committee that any Planned Parenthood employee agreed to any proposal to sell fetal tissue for profit in violation of the law.”

Utah Rep. Jason Chaffetz, the Republican chair of the committee, noted he has subpoenaed the videos to examine them in their full context, but the release of the tapes has been delayed by an injunction ruling in a California court. 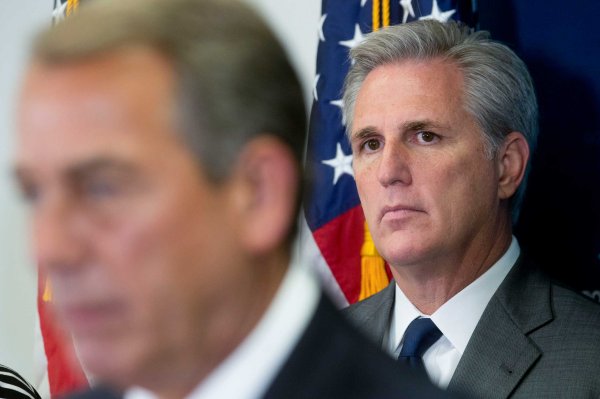 Poll: Who Would You Pick to Become the Next Speaker of the House?
Next Up: Editor's Pick