Behind the Scenes With Pope Francis in America

I spent the last ten days—seven flights, six cities, and at times five or more events a day—traveling with Pope Francis. From Havana to Philadelphia, this trip was one of divisions, and attempts to bridge them.

Days are long for journalists traveling with the Pope. Our daily call time was 4 a.m.—if we were lucky, 5 or even 5:30. We followed a strict and always punctual schedule, contained in an Italian booklet, color-coded with minute-by-minute instructions. Our movements were choreographed months in advance, and we almost always moved before Pope Francis, so we could be in position for his next arrival. Stories were written on the go, via phone, text, email. We finished late and got to bed even later, once we regrouped, ate, filed stories, and received our luggage, which the Vatican kindly delivered to our rooms. Let’s just say, there was no sleep.

Seeing Pope Francis up close, often, and in every situation, you start to see patterns. His stamina is remarkable. The job of Popes is to serve the servants of God, but the spiritual and political skill required to jump from addressing the United Nations to meeting 9/11 victims families to talking with little immigrant children in their classroom—all in the space of a few hours—and to be the pastor of each person and each community in every circumstance, is mind-boggling. It makes a presidential campaign look easy.

Pope Francis’ commitment to the people he encountered is unwavering. He is hopping time zones, crisscrossing countries—in Cuba we were in 3 cities across the island in one day—at 78. At times his sciatica clearly hurt, and he put it aside. The individuals and the nations he was meeting were more important. Meeting people gives him energy, even joy. And he met a wide cross section by design. The wealthy, the poor, the Catholic, the atheist, the Congressmen, the homeless all waited for him with the same anticipation.

The best moments of the trip were not Pope Francis’ state speeches, as fascinating as they were. They were when the schoolchildren sang to him, when he greeted prisoners one by one, when he encouraged refugee families. Each place we went, thousands, sometimes hundreds of thousands of people, had been waiting for hours to catch a glimpse of him, sometimes on roads, in fields or in churches. It was hard to ignore that for many of them, those moments were momentous. Francis seemed to recognize the import.

That said, the more time I spend with Pope Francis, the more complicated he gets. The pressures he faces are enormous, from the inside of the Vatican to the nations of the world to the masses of people. And he does not just hold up under them, he stands as a lone force along side them. Presidents fawn over him, children run to him, and he commands the situation, even without signaling he is doing so.

A smile often fills his face. The moments and their pressures are not about him. When you speak with him, it is somehow easy to forget he is Pope. On the plane ride back to Rome, I asked him what surprised him about the U.S., and what was different than what he expected. He started to respond in Italian–then stopped, looked me in the eye, and said in English, “warmth.” The warmth of the people struck him. It was like talking to a local pastor. 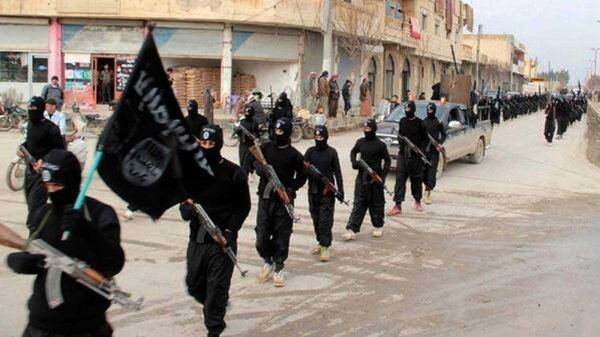