The New Keurig Kold Makes the Soda You Know and Love

Keurig, the company you probably know for its single-serving, pod-based coffeemakers, is celebrating National Coffee Day in an unusual way: It’s introducing a soda machine.

The Keurig Kold, announced Tuesday, makes soda and other carbonated drinks from pods slightly bigger than the coffee K-cups you’ve probably used before. Those pods contain both the soda flavoring and special beads packed with CO2, which gets released into the drink when it’s being made.

The Kold delivers drinks at a nice chilled temperature, similar to what you’d get from a fountain soda dispenser at a fast food joint. Partnerships with big-name soda brands like the Coca-Cola Company mean you can use the Kold to make old favorites like Coke, Sprite and Dr. Pepper, which in a demonstration Monday evening all tasted exactly like TIME expected them to. Keurig has also made some flavors of its own, like flavored seltzer and a sports drink.

The Keurig Kold, which has been in development for six years, will go head-to-head with similar devices from SodaStream, a rival home carbonation company that’s developed a close partnership with PepsiCo. Both devices face headwinds in the form of shifting consumer preferences as shoppers increasingly abandon sugary drinks in favor of healthier alternatives. That trend has caused SodaStream’s stock to plummet; it’s unclear if Keurig Kold will fare any better.

Another challenge for Keurig: The Keurig Kold will retail for $369.99, while the soda pods will cost up to $4.99 for a four-pack. That’s a steep cost of entry with little promise of savings compared to the cost of bottled soda at the supermarket. Still, the company’s coffeemakers are already ubiquitous in workplaces around the country, so it’s not hard to imagine Keurig will push the new Kold heavily in the enterprise market. 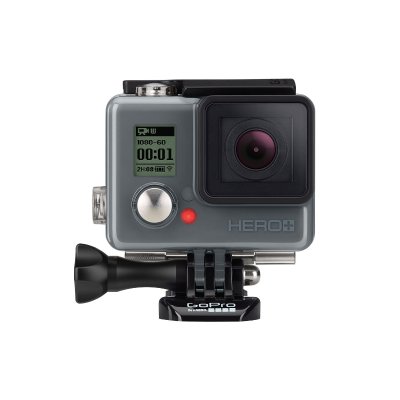 You Can Totally Afford GoPro's New Entry-level Camera
Next Up: Editor's Pick