The video that Carly Fiorina graphically described at the last Republican presidential debate, depicting a moving fetus on a table following an apparent abortion, was released online in its entirety Tuesday morning, according to Gregg Cunningham, the founder of the Center for Bio-Ethical Reform, who collected the footage.

Cunningham, an anti-abortion activist, declined to identify the date, location or authors of the video in an interview with TIME Monday night, saying his group makes agreements of confidentiality in an effort to acquire images of abortions. He also made no claim that the images shown in the video had anything to do with Planned Parenthood, the organization that Fiorina and others have targeted for federal defunding. “I am neither confirming or denying the affiliation of the clinic who did this abortion,” Cunningham said.

During the debate on Sept. 16, Fiorina denounced the images on videos that had been produced by a separate group, the Center for Medical Progress (CMP). “As regards [to] Planned Parenthood, anyone who has watched this videotape, I dare Hillary Clinton, Barack Obama to watch these tapes,” she said. “Watch a fully formed fetus on the table, its heart beating, its legs kicking while someone says we have to keep it alive to harvest its brain.”

No video released by the Center for Medical Progress showed the image Fiorina described, but one of the CMP videos does include a brief edited clip from the video Cunningham released on Tuesday, showing a fetus on a stainless steel background with its leg moving.

David Daleiden, who created the Center for Medical Progress videos, edited in the Cunningham footage to illustrate a story that he had been told on camera of a medical technician witnessing an abortion that resulted in an extracted fetus with moving legs and beating heart.

The full source video, which is extremely graphic, lasts about 13 minutes, and shows a fetus being extracted from the mother, placed in a metal bowl, prodded with medical instruments and handled by someone in the room. At times the fetus appears to move, and at other times it appears to have a pulse. There are no images on the full video of any attempt to harvest the brain of the fetus, and there is no sound. Cunningham said the jump cuts in the video are the result of the camera being turned off and on.

Cunningham says he is confident the procedure was an abortion, and not a miscarriage, owing to the lack of medical treatment offered to the fetus. He said he estimated the age of the fetus at about 17 and a half weeks. “It is unimaginably more horrifying than the clip that we licensed for CMP to use and that Carly Fiorina made reference to in the debate,” Cunningham said.

A retired Air Force Reserve colonel and former Pennsylvania state representative, Cunningham founded the Center for Bio-Ethical Reform with the aim of spreading images of abortions and fetal remains, in an effort to shift the national debate. He said he worked as an intelligence officer at the Pentagon, where he learned the importance of using graphic images in wartime propaganda to establish popular sympathy for victims and anger at enemies.

His group, he said, had gathered hundreds of hours of abortion footage and thousands of still photos. Many are published online. “My hat is off to David Daleiden,” Cunningham said. “What he has managed to accomplish is to shift the terms of the debate away from choice to a visualization of what is being chosen.”

UPDATE: Hours after the publication of the video, several medical experts raised questions about whether the video showed an abortion or a miscarriage. Current medical guidelines do not call for resuscitation of a fetus at 17 and a half weeks. For a fuller discussion of the accepted medical practice, click here. 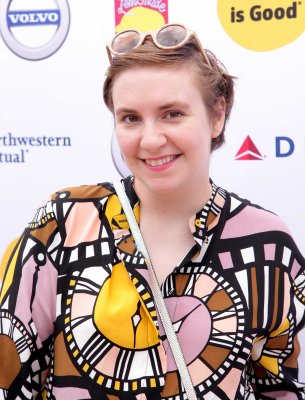 Lena Dunhan: '#AskYourMother About Abortions Before Roe'
Next Up: Editor's Pick