The U.S. and U.K. embassies in Bangladesh have restricted their diplomats’ movements and warned visitors to stay on high alert after receiving information that militants may be targeting Westerners.

“There is reliable new information to suggest that militants may be planning to target Australian interests in Bangladesh,” read a U.S. embassy statement on Monday. “In light of the increased threat, U.S. citizens should consider limiting their attendance at events where foreigners may gather.”

Echoing this warning, the British embassy said, “As of late September 2015 there is reliable information that militants may be planning to target western interests in Bangladesh.”

These advisories came after Italian aid worker Cesare Tavella was shot by gunmen on Monday evening in the capital Dhaka.

An online statement allegedly from the militant group Islamic State of Iraq and Greater Syria, also known as ISIS, claimed responsibility for the killing, but it has not yet been independently verified or acknowledged by local police, Reuters reported.

If confirmed, this would mark the group’s first attack in Bangladesh.

Tavella’s murder is the latest in a series of events indicative of spiraling religious extremism in the officially secular South Asian nation of 160 million. Four activist bloggers were hacked to death this year, including a Bangladeshi-born U.S. citizen.

In light of recent threats, Australia’s cricket team may postpone its upcoming tour of Bangladesh. The team’s security delegation is returning from a briefing in Dhaka with a final decision still pending, according to Cricket Australia. 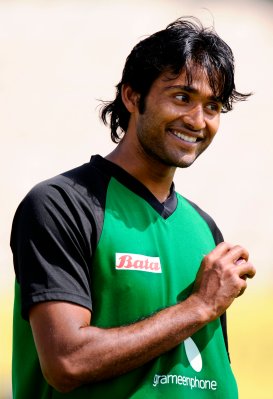