Volkswagen subsidiaries Audi and Skoda confirmed on Monday that more than 3 million of their automobiles were equipped with devices to cheat diesel emissions tests, German broadcaster Deutsche Welle reports. The disclosure furthers a scandal that has erupted around the German automobile manufacturer since charges of the systemic deceit surfaced earlier in September.

Some 2.1 million Audi cars and 1.2 million made by Skoda — Volkswagen’s subsidiary in the Czech Republic — feature software that can detect emissions testing and temporarily limit the vehicle’s output of nitrogen oxide, DW says. The cars otherwise emit roughly 40 times the legal limit of the exhaust.

Jozef Balaz, a spokesperson for Skoda, announced that the firm would recall those vehicles. In the U.S., the Obama Administration ordered a recall of around half a million vehicles shortly after the Environmental Protection Agency (EPA) levied the accusations against Volkswagen on Sept. 18.

Meanwhile, DW reports that German prosecutors said Monday that they are beginning a criminal investigation into Martin Winterkorn, who until his resignation on Sept. 23 had served as Volkswagen’s CEO since 2007. Winterkorn has insisted that he was not complicit in or aware of the manipulation of his company’s vehicles’ emissions. 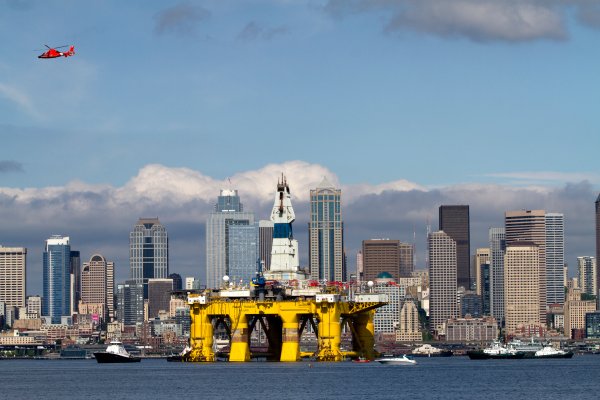 These 2 Charts Explain Why Shell Stopped Drilling in Alaska
Next Up: Editor's Pick