Cuban President Raúl Castro Calls for an End to the U.S. Trade Embargo on His Country

Relations between the U.S. and Cuba cannot go back to normal until the former lifts its decades-long trade embargo against the latter, Cuban President Raúl Castro said in a speech to the U.N. on Monday.

Castro also called for the return of the controversial American military base at Cuba’s Guantánamo Bay, the BBC reported.

Castro’s sentiment was echoed by U.S. President Barack Obama, whom he is scheduled to meet one-on-one on Tuesday for the second time since the two nations resumed diplomatic ties. Obama said during his speech to the U.N. General Assembly that he was confident the U.S. Congress would lift “an embargo that should not be in place anymore.”

Castro addressed the U.N., which has consistently called for an end to the U.S. embargo, for the first time since taking over the presidency from his brother Fidel Castro in 2006.

The Cuban leader said a normalization of the bilateral relationship that began with an official rapprochement in April this year “will only be achieved with the end of the economic, commercial and financial blockade against Cuba.”

Read next: New Rules Will Make It Easier to Do Business in Cuba 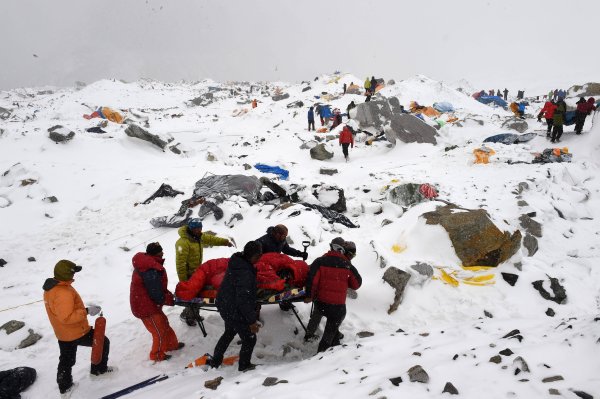 Nepal May Ban Novices From Climbing Everest
Next Up: Editor's Pick