You surely never wished you lived near Glastonbury tor in Glastonbury, England, but after the supermoon eclipse on Sept. 27, that may have changed. This stunning image of the moon at dusk, rising behind the town’s tor—or rocky hill—and its 14th century tower might be the best of what was a very good night for photographers worldwide. In this image, a couple of natural visual tricks were at work.

For starters, there was the foreshortening of perspective that seemed to flatten the tower against the moon, as if they both stood at the same distance. More important was a trick a rising (or setting) moon (or sun) plays on the eye. The closer either body is to the horizon, the larger it looks, because the familiar buildings, trees and other objects around it provide scale. The higher the moon or sun climbs, the more it seems to shrink in the empty sky. But if you measure the total number of degrees the moon measures in the entire 180-degree, horizon to horizon arc, it’s just one half of one degree—and that’s true whether it’s at the horizon or high in the sky. In the days of the Apollo program, a few of the astronauts dubbed this the “Lovell effect,” after Apollo 13 commander Jim Lovell, who first explained the phenomenon to them.

An Asteroid the Size of the Statue of Liberty Will Whiz Past Earth Tomorrow. Here's How to See It

Whatever the name, during the supermoon eclipse, the cosmic illusion made for an extraordinary image. 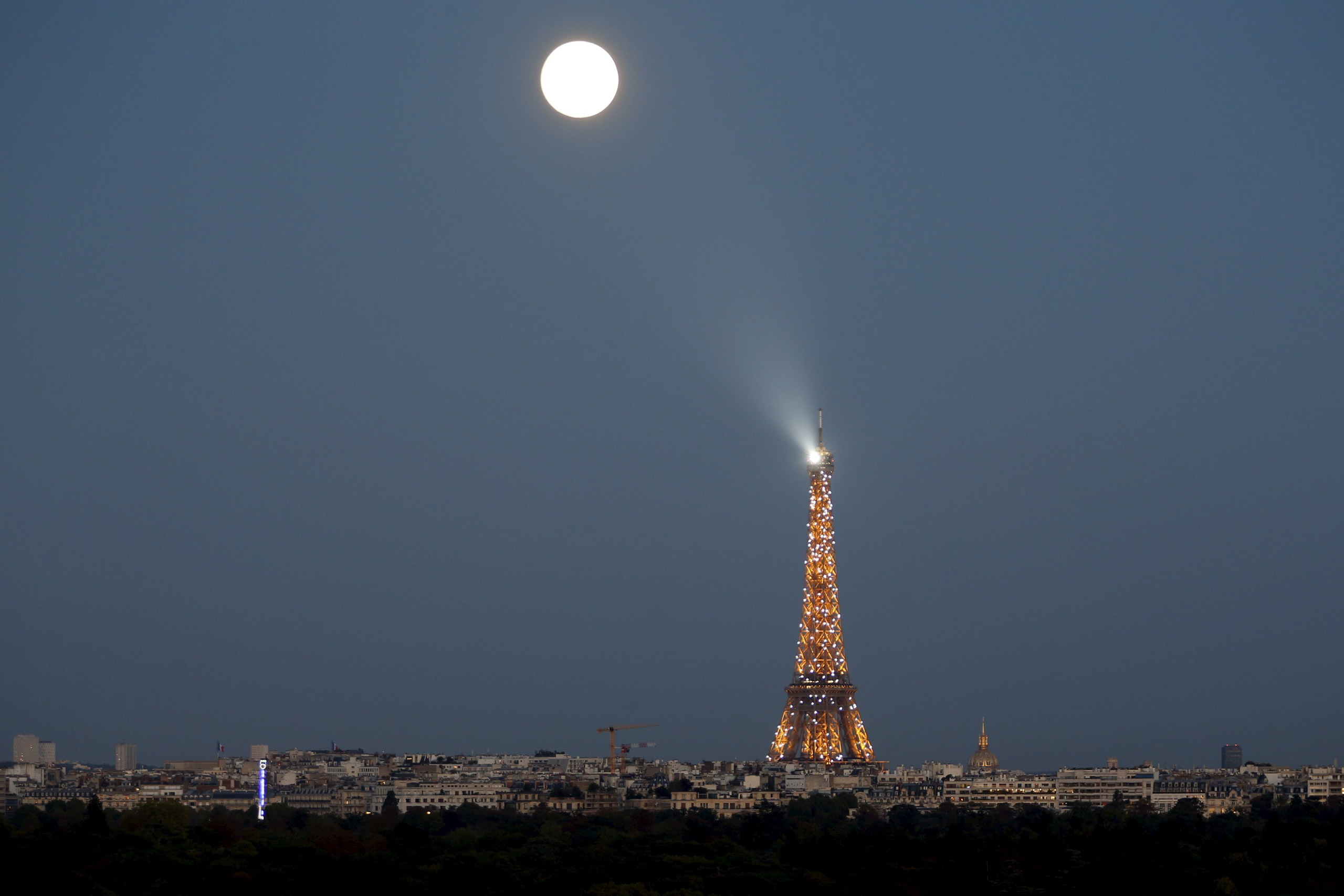 A super moon rises in the sky near the Eiffel tower in Paris on Sept. 27, 2015.
Charles Platiau—Reuters 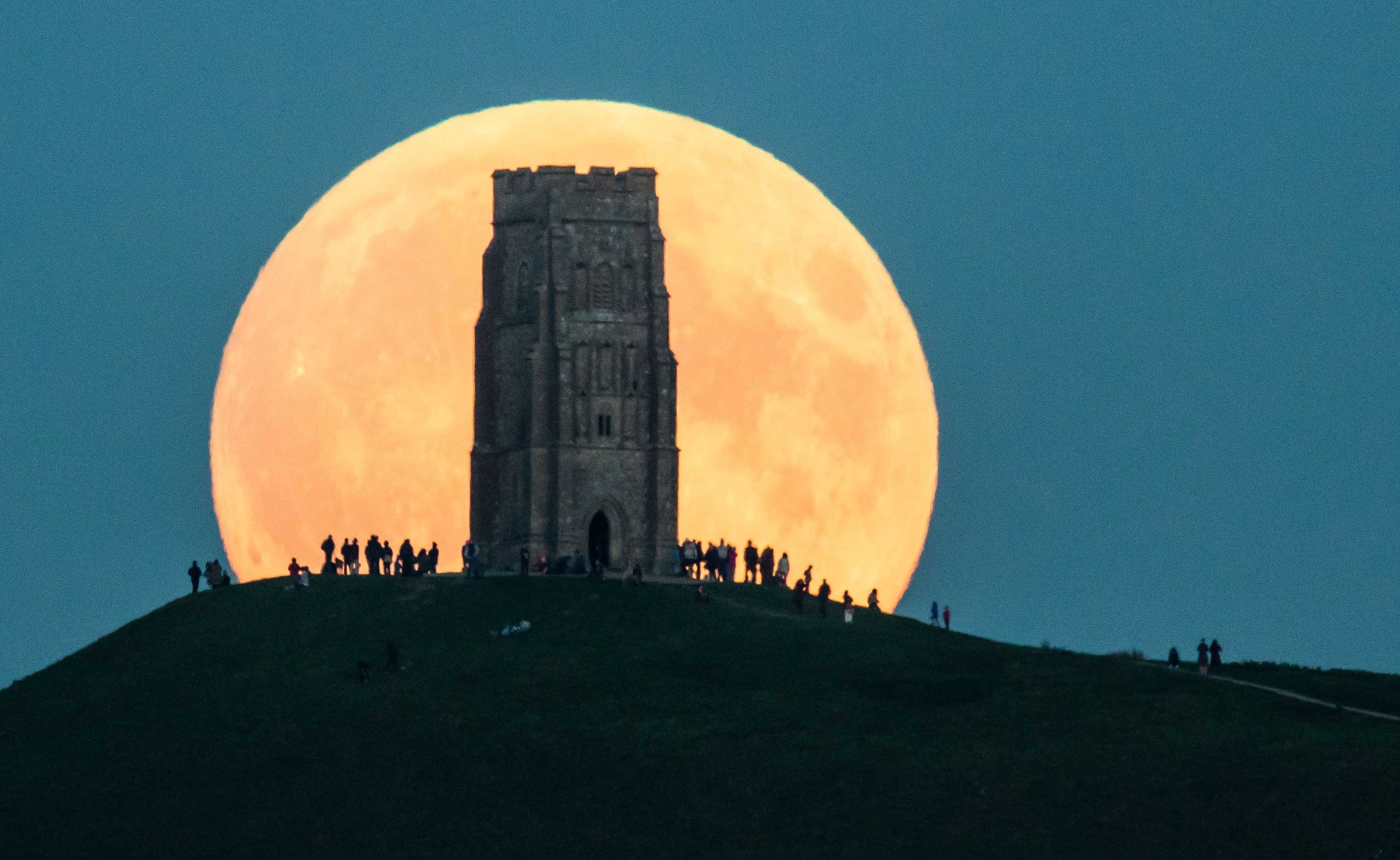 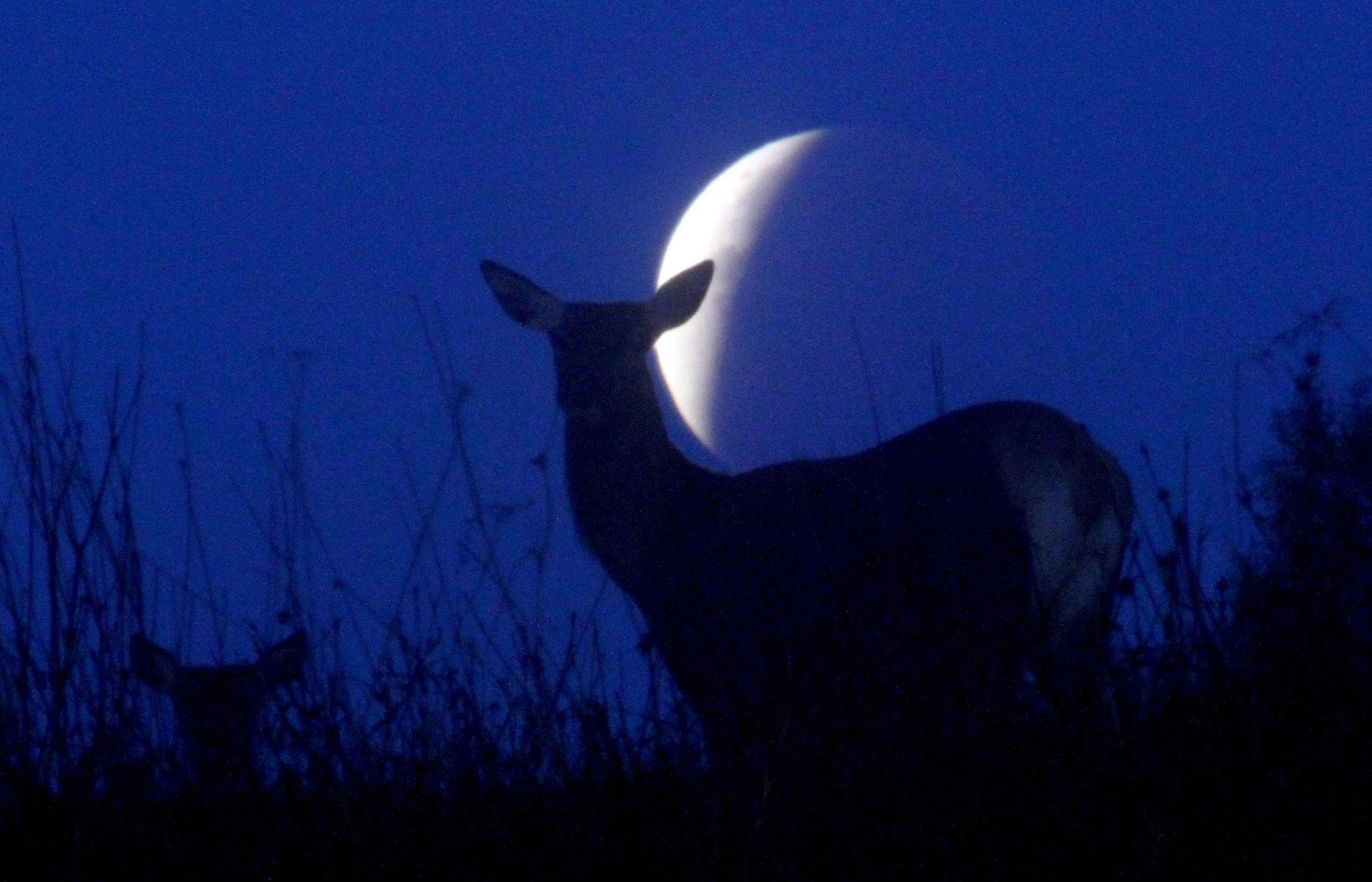 Reindeer are seen silhouetted against the supermoon during the lunar eclipse near the village of Yavterishki, some 250 kilometers north from Minsk on Sept. 28, 2015.
Sergei Gapon—AFP/Getty Images 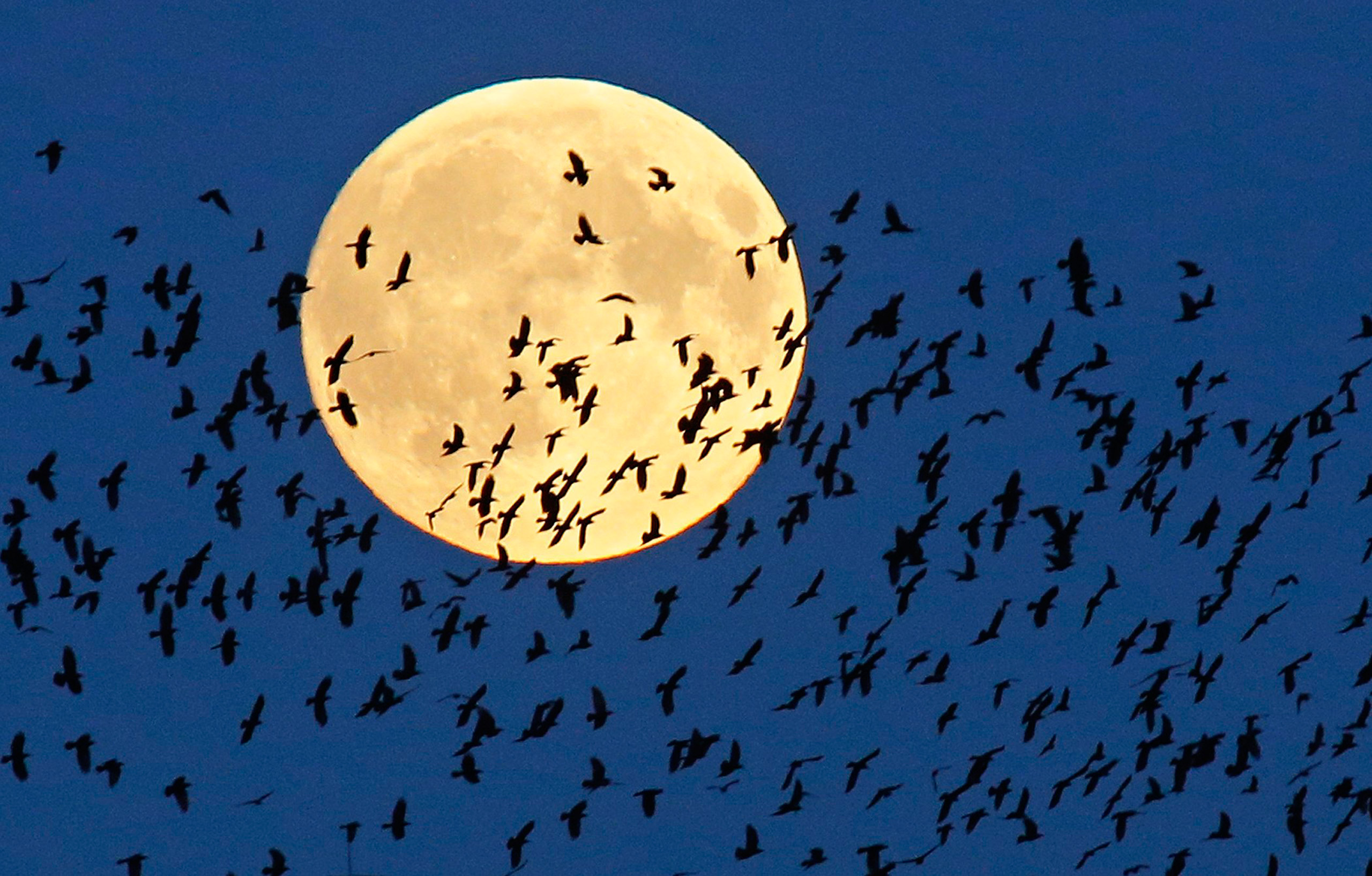 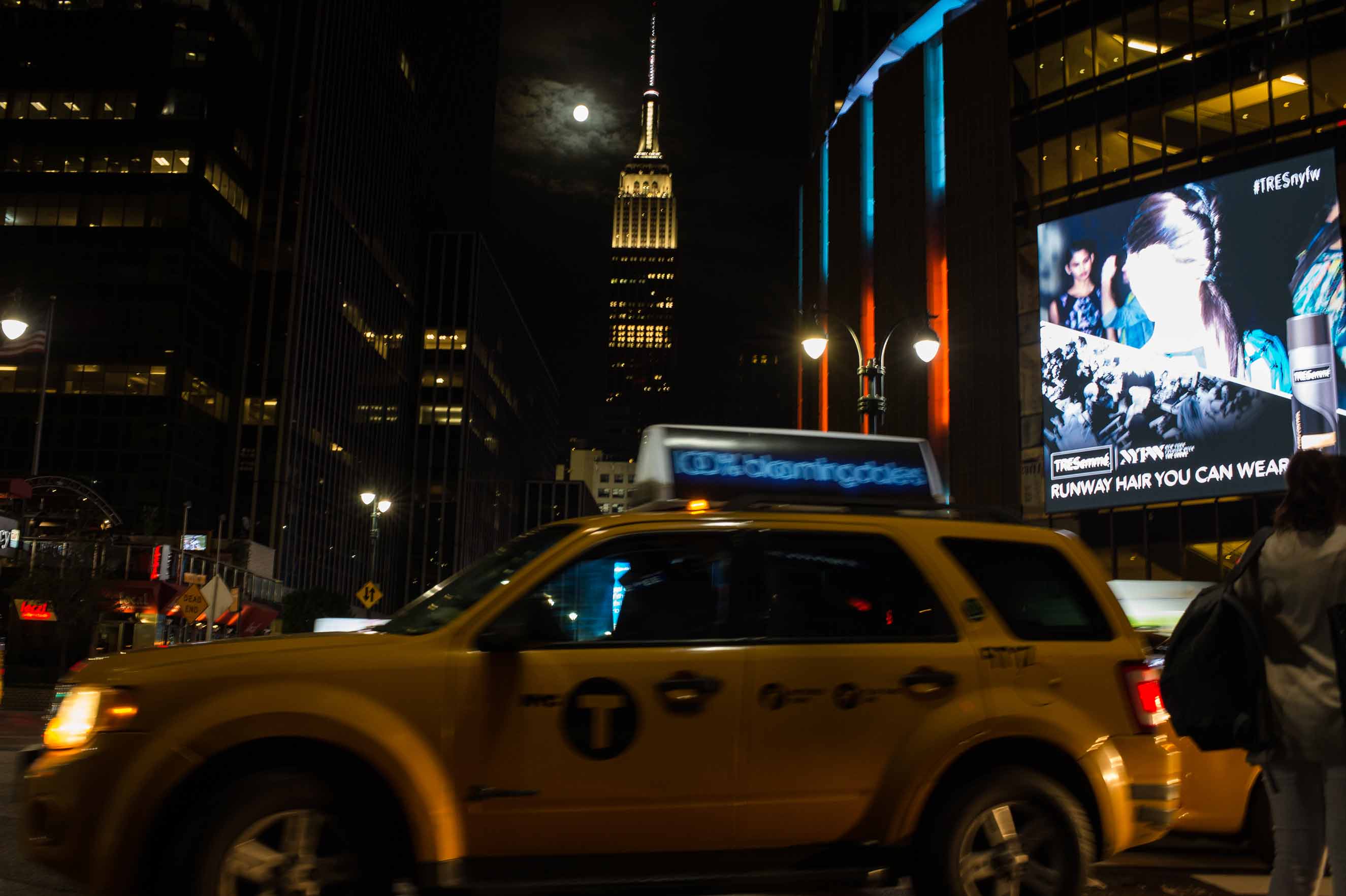 The super moon next to the Empire State Building on Sept. 27, 2015 in New York City.
Joel Kowsky—NASA 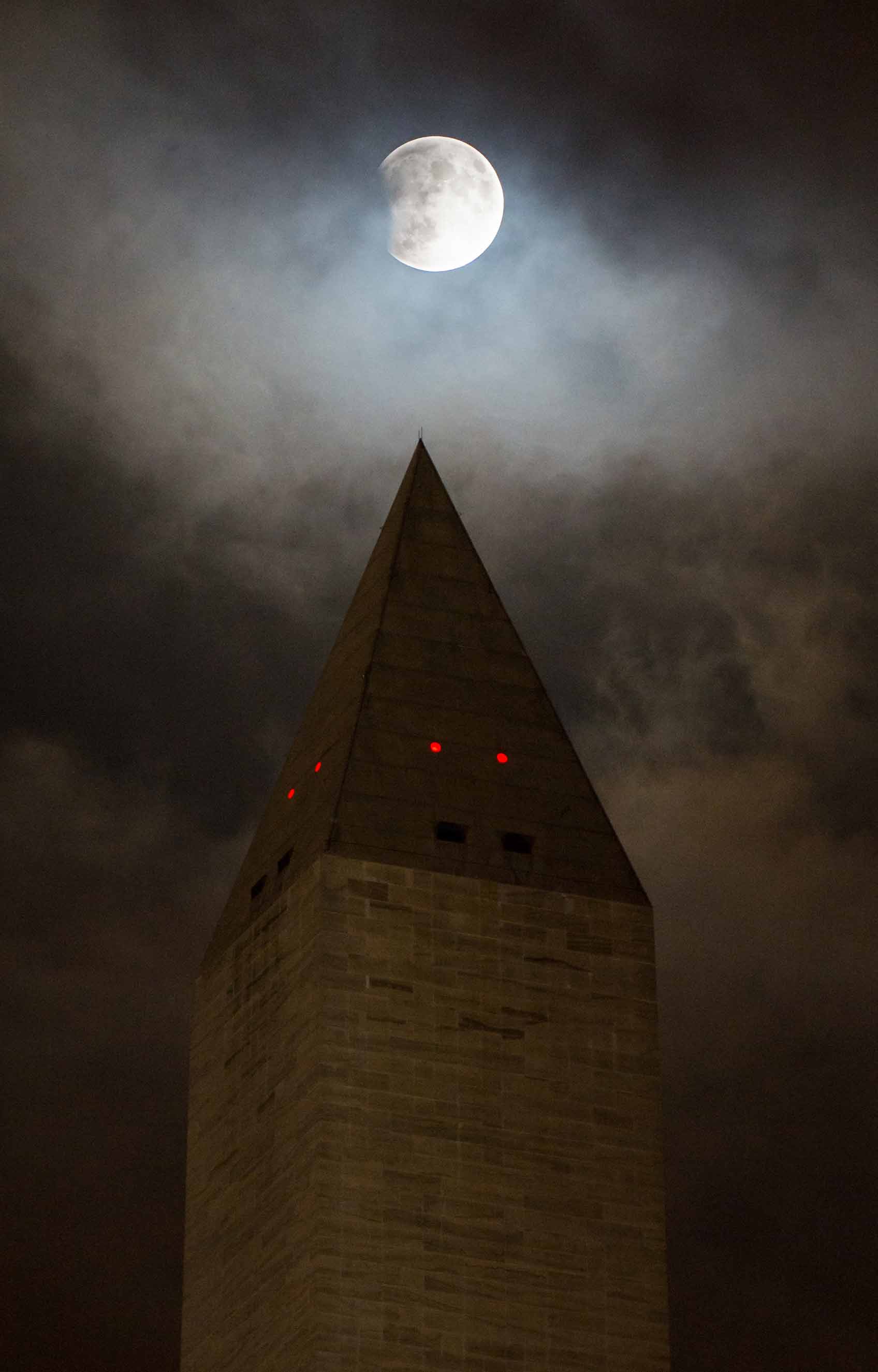 The super moon behind the Washington Monument on Sept. 27, 2015 in Washington.
Aubrey Gemignani—NASA 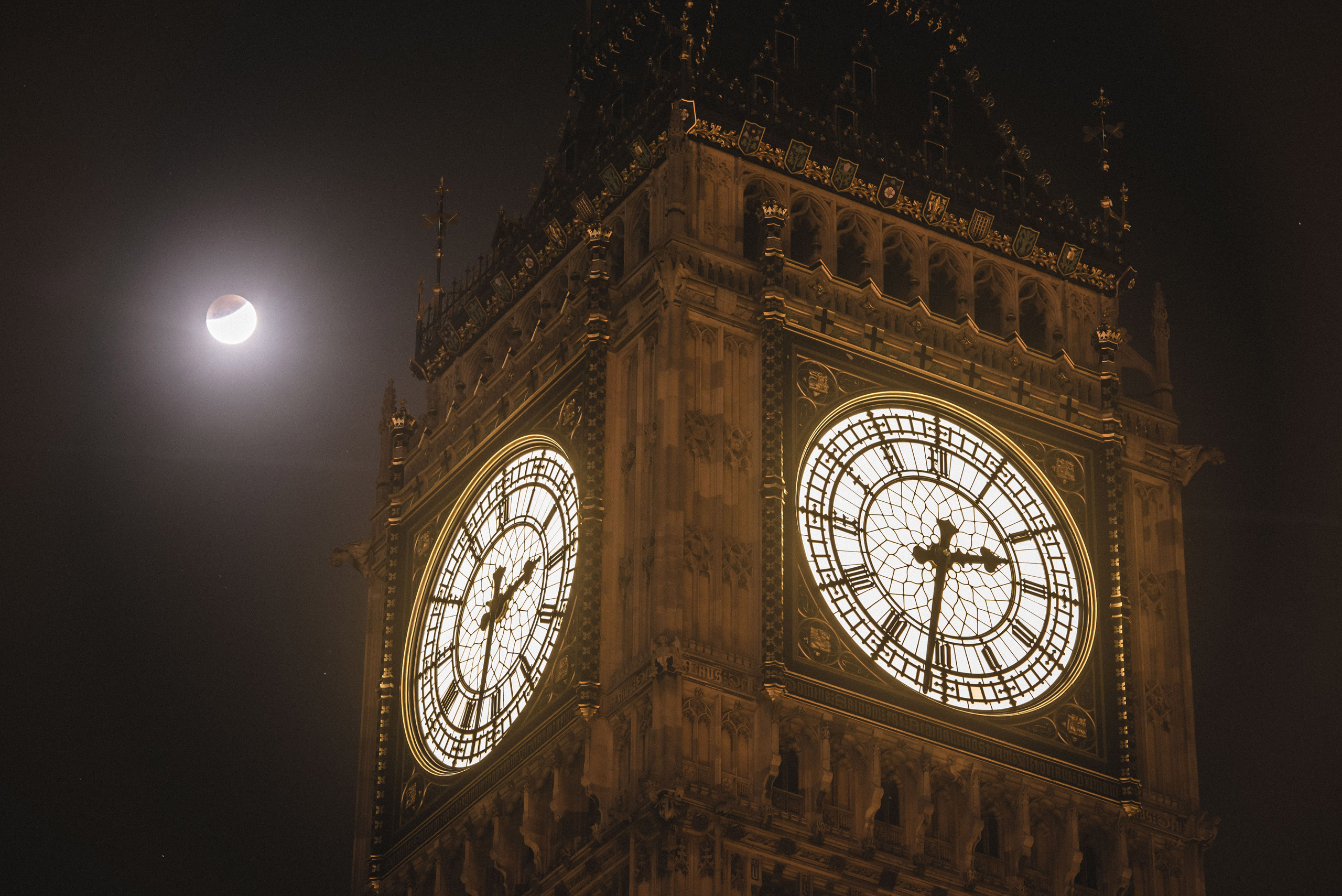 The Supermoon is seen during the early stages of the Lunar Eclipse near Big Ben on Sept. 28, 2015 in London.
Joseph Okpako—Getty Images 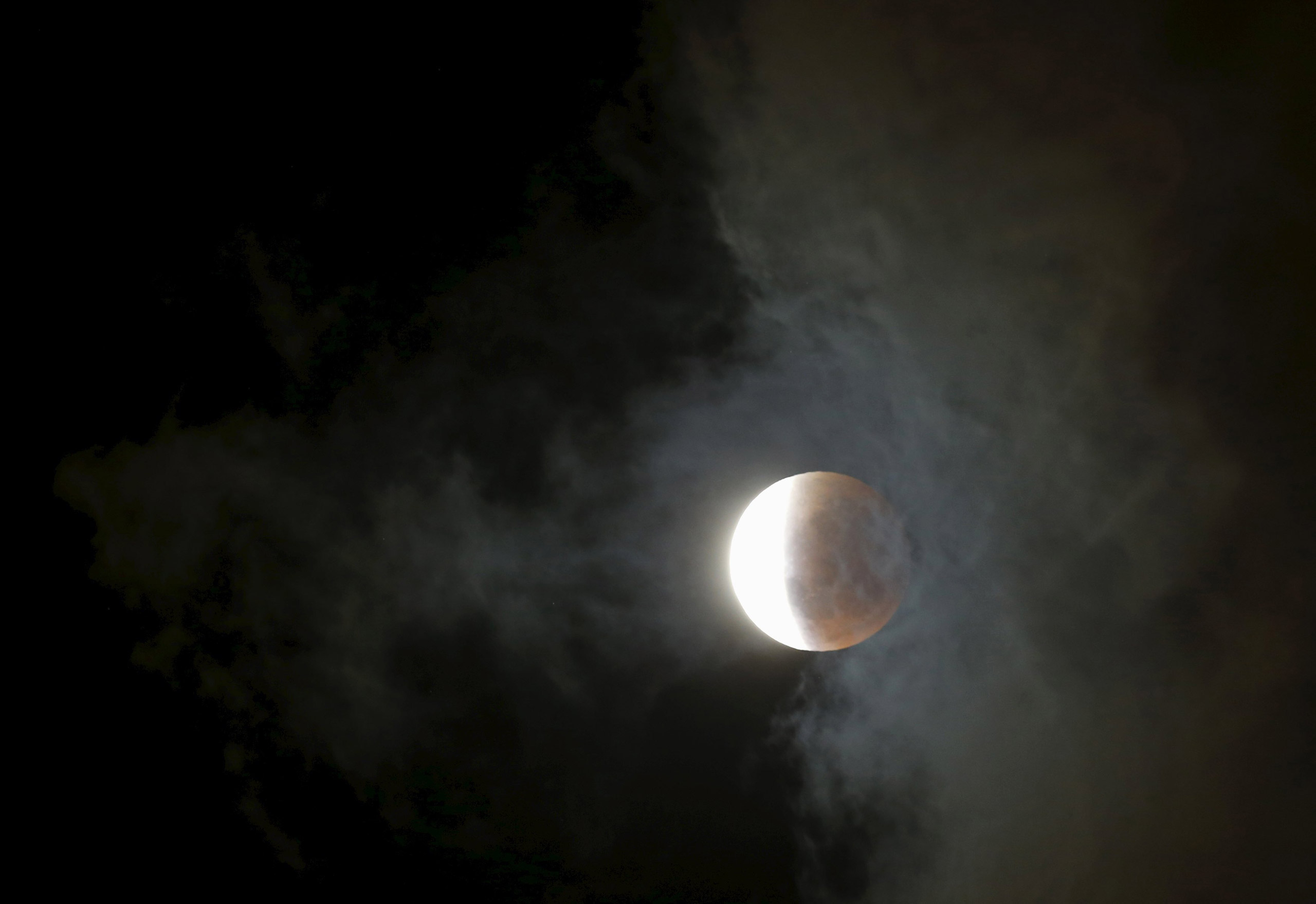 Clouds pass over the Supermoon as it is partially eclipsed over Cape Town on Sept. 28, 2015.
Mike Hutchings—Reuters 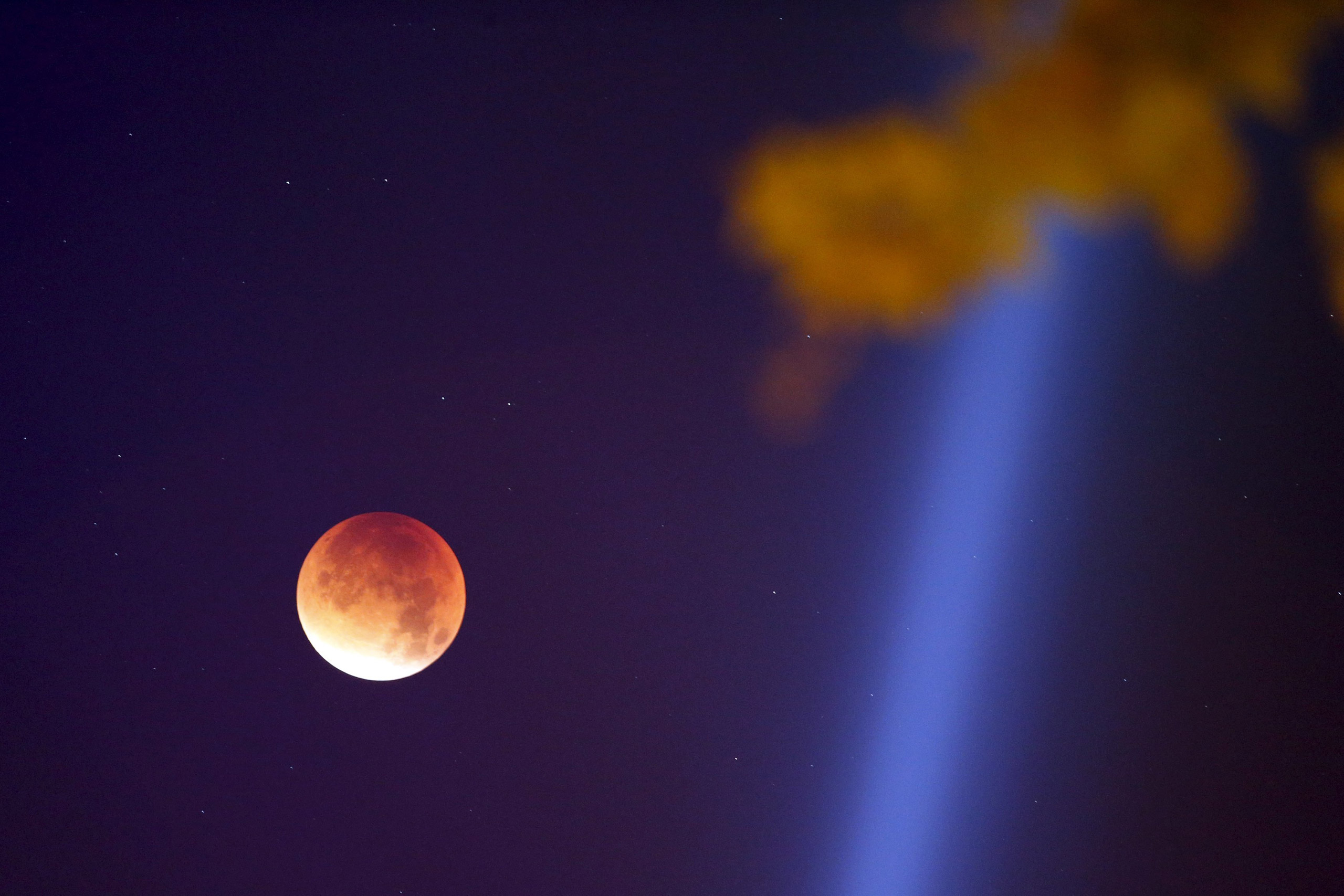 The Supermoon appears red as it is covered by the Earth's shadow during the total lunar eclipse over Paris on Sept. 28, 2015.
Charles Platiau—Reuters 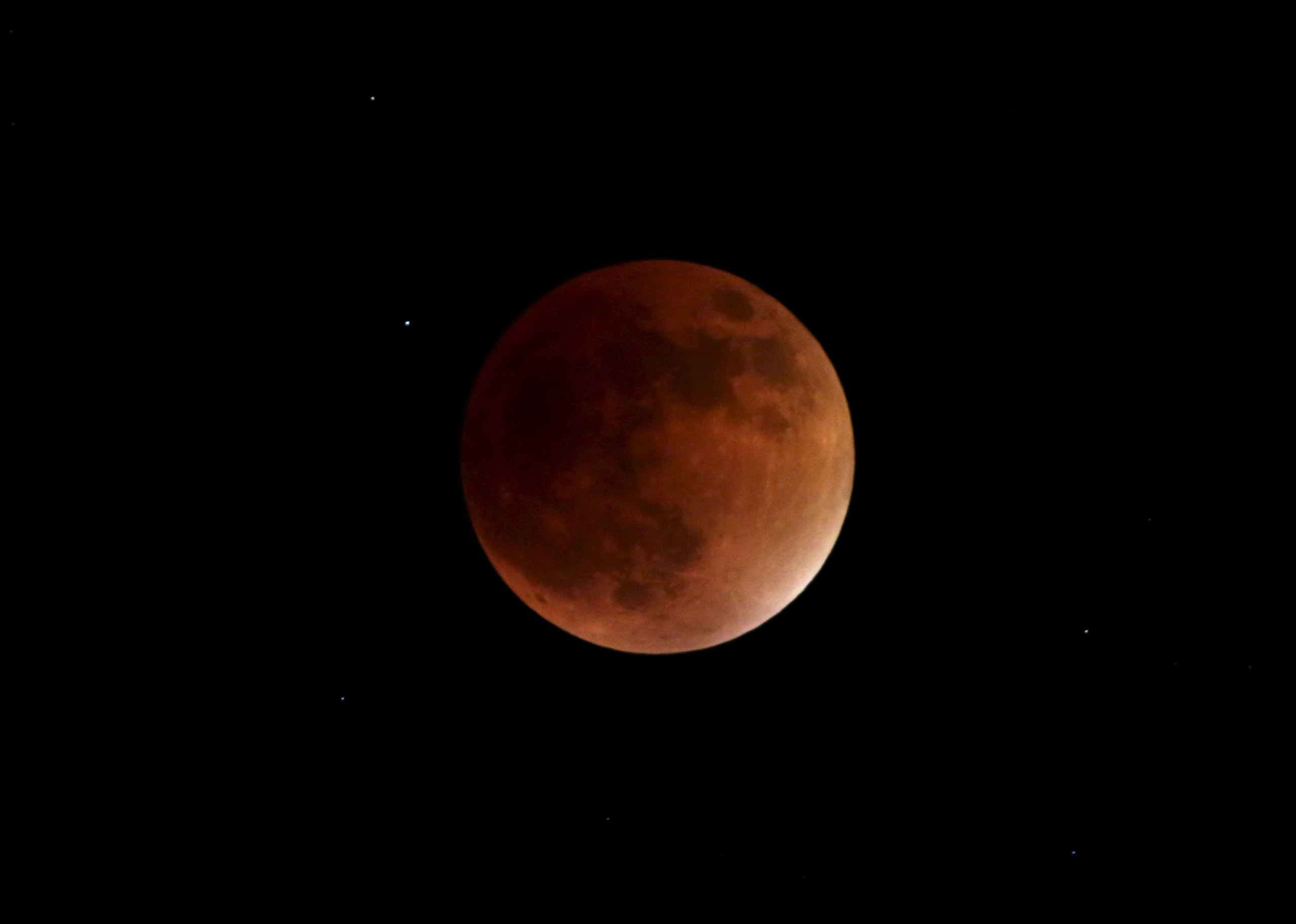 The supermoon appears red during the total lunar eclipse in the sky over Port-of-Spain on Sept. 27, 2015.
Andrea de Silva—Reuters
1 of 10
Advertisement