You Should Thank This Company for Better Phone Plans

A funny thing is happening in the wireless industry this year: Competition is finally breaking out. And more than that, it seems to be heating up around the release of Apple’s iPhone 6S, which just set a new record for opening weekend sales.

For decades, competition among wireless carriers was more theoretical than practical. Only companies that could afford to build the biggest, fastest, most reliable networks could attract consumers at a large scale. In time, only two companies dominated the industry, Verizon and AT&T. They locked users into two-year plans and added on fees and features to finance new networks and satisfy investors.

Consumers griped, but resigned themselves to the status quo. When AT&T offered to buy T-Mobile in 2011, things looked about to get worse for consumers. After regulators’ resistance to the deal led to its undoing, T-Mobile moved in another direction, naming the outspoken John Legere as CEO. Legere rebranded T-Mobile as the “Uncarrier” – that is, the company willing to make the kind of consumer-friendly moves that AT&T and Verizon would not.

It’s taken a few years, but Legere is finally tipping over the apple cart in the wireless industry. Disruption is a word that’s overused in tech these days, but it describes T-Mobile’s power to bring lower prices and friendlier plans to all carriers. Verizon and AT&T began offering more data to customers without raising rates, effectively lowering their costs. They also began offering contract-free plans.

Along the way, T-Mobile offered unlimited data in many cases and improved the quality of service on its networks. A report this week from OpenSignal ranked T-Mobile and Verizon as tied for the fastest U.S. LTE data speeds at 11 megabits per second. Meanwhile, Sprint also began offering competitive plans and rates. And after years of little choice, consumers found themselves searching for the best-priced plans among the top four U.S. wireless carriers.

The competition that T-Mobile ignited is having an impact on telecom’s bottom lines, too. AT&T’s gross margins have been declining over the past year, while Verizon’s CEO warned that its earnings will be flat next year and its revenue growth will slow to a crawl. Verizon has been buying ad-driven businesses like AOL and building up a mobile-video service in hopes of finding new revenue streams.

And then, two weeks ago, a new wave of disruption hit. Apple announced an iPhone upgrade program that would let customers get a new iPhone every year, paying as little as $32 a month in installments and working with any carrier they chose. It instantly became a lot easier for customers buying new iPhones this way to jump around to new carriers, and it made it that much harder for carriers to lure them into costly plans.

A day later, T-Mobile began offering pre-orders for an iPhone 6s at $20 a month for 18 months and an iPhone 6s Plus for $24 a month. That same day, Verizon and AT&T responded by saying they didn’t see Apple’s plan as a threat and had no plans to change their policies in response.

That began to change as the iPhone 6s release date approached. On Wednesday, boasting that iPhone pre-orders were up more than 30% over last year, T-Mobile began offering heavily discounted leases for the iPhone 6s for as little as $5 a month. Legere saw in Apple’s installment plan a way to grab more share from bigger rivals and was willing to eat a lot of the cost to make it happen.

On Thursday, Sprint responded with an even heavier discount: $1 a month to lease iPhones. Competition was truly hitting the industry. One analyst called it a desperate move, which could cost Sprint $24 a month for each leased phone. Still, it could reverse years of subscriber losses. And sure enough, a few hours later, Verizon said it would offer its own Apple-like upgrade program, with payments also starting at $32 a month.

“We believe industry upgrade rates will steadily increase as subscribers migrate to carriers providing quicker and more frequent access to new devices. And the dirty little secret is . . . leasing will likely improve margins,” said Michael Bowen of Pacific Crest Securities in a research note. “This will cause trouble for AT&T and Verizon Communications.”

Just how effective T-Mobile’s uncarrier campaign has been can be seen in the stock price of the four biggest carriers. T-Mobile’s stock is up 58% so far this year. Sprint’s stock is up 6%. And the big two carriers? Verizon is down 6% and AT&T is down 4%.

There is one caveat to these figures, and it may have a big bearing on T-Mobile’s ability to remain disruptive in the future. T-Mobile’s stock has also been rising this year on speculation that a wave of consolidation will hit the telecom industry, forcing landline companies to merge with mobile carriers. A Sprint/T-Mobile merger has been discussed but is unlikely to meet with regulatory approval. This week, an analyst suggested the two companies combine their network assets instead. More likely could be a merger between T-Mobile and Dish Networks, the latter of which has been amassing its own wireless spectrum, although T-Mobile’s high PE ratio of 129 has complicated such a deal.

Another suitor could be Comcast, which is without a big mobile business at a time when wireless firms and pay-TV businesses are moving together. But if Dish or Comcast were to merge with or acquire T-Mobile, it’s not clear that the wireless carrier would be able to maintain its maverick spirit, especially if investors in the merged company are less tolerant of heavy discounts and possible losses needed to increase market share. In that case, T-Mobile could lose much of the will to disrupt that has revived its revenue and pushed its stock higher. And the desire of other mobile carriers to remain as competitive on price and features could diminish again. 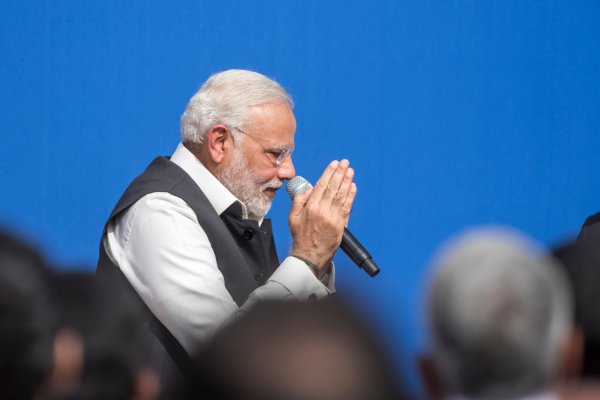