One in 68 eight-year-olds in the U.S. is now affected by autism spectrum disorder, according to the latest figures from the Centers for Disease Control (CDC). The data come from the Autism and Developmental Disabilities Monitoring (ADDM) Network, which has tracked the developmental disorder periodically since 2000.

Based on medical or school records (including access to special education services) for a representative group of 5,338 children from 11 sites in 2010, the researchers report in the Morbidity and Mortality Weekly Report (MMWR) that one in 68 met the criteria for an autism spectrum disorder, a 30% increase over the last ADDM survey, released in 2012, based on 2008 data that revealed a one in 88 rate.

MORE: Autism Can Start During Second Trimester of Pregnancy

Since the ADDM began, the prevalence of autism has continued to climb upward, from affecting one in every 150 eight-year-olds studied in 2000, to one of 110 children studied in 2004 and 2006, to one in 88 in 2008. Now, the government report estimates, 1.2 million children under 21 are affected by some form of autism.

While definitions of autism have changed slightly during that time, experts attribute most of the increase to greater awareness of the developmental disorder among parents, teachers, and doctors. At home, parents are more attuned to signs that their child may not be communicating properly or acquiring the social skills needed to interact with siblings, family and friends. Teachers are also trained to recognize behavioral symptoms in the classroom, and doctors are more comfortable asking about and diagnosing autism disorders by symptoms that usually start appearing around age two.

MORE: Inside the Autistic Mind

There is also a deeper appreciation of the range of symptoms that can occur in autism, including some children who may not need special education services and have high IQs. “In the past we thought only of children being severely affected, meaning children who had intellectual disability and were non verbal,” says Marshalyn Yergin-Allsopp, chief of the CDC’s Developmental Disabilities Branch during a teleconference discussing the report. “That was the picture two years ago. Our understand has evolved to the point where we understand there are children with higher IQs and the numbers may be reflective of some of that.”

Still, such awareness may be confined to specific segments of the population. The data show that autism spectrum disorders were 30% more likely to be recognized among white children than among black eight year olds, and 50% more likely than among Hispanic children.

Coleen Boyle, director of the national Center on Birth Defects and Developmental Disabilities at the CDC, also points out that although symptoms of autism disorders – such as a child who isn’t making eye contact with others, or isn’t communicating with siblings and parents – typically become noticeable around age two, most children in the study weren’t diagnosed until they were four years old. That’s worrisome since recent data suggest that if behavioral therapies begin early, intervention can start to change brain functions and even brain architecture, for some kids, to look more like that of normally developing children.

“If we’re identifying children at four years old, they are almost ready for kindergarten, and they don’t have the language readiness or the social foundation for walking into a kindergarten classroom,” says Rebecca Landa, director of the center for autism and related disorders at the Kennedy Krieger Institute in Baltimore, who was not involved in the survey. “Without the infrastructure of skills they need, it’s a heartbreaking arrangement for the child. We want to try to give them the early foundational skills as early in life as possible. The earlier they have them, the earlier they can apply them and build on that foundation.”

Because the latest information was collected during 2010, they do not reflect the changes that the psychiatric community made in the criteria for autism in the revised manual for disorders released in 2013. Under the new definition, subtypes such as Asperger’s are considered part of the autism spectrum disorder diagnosis. While it’s not clear yet how these changes will affect prevalence rates, a preliminary estimate suggested that the new criteria may lower the number of children affected. Boyle says the 2014 data will reflect the revised definition.

Tracking prevalence of autism is important in educating communities about autism, and is the best way to identify and help children who are affected, says Boyle. “If parents have concerns, they should contact their child’s doctor or reach out to the school if the child is three or older. And if the child is younger than three, there are free evaluations and early intervention programs that can help. You don’t need a diagnoses to begin services.” 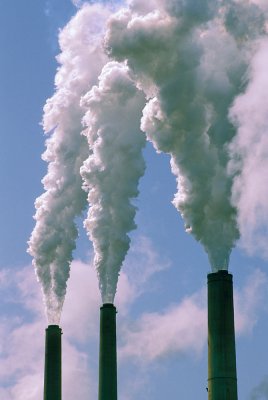 Evidence Suggests Autism Is Linked to Pollution
Next Up: Editor's Pick