Republican presidential front-runner Donald Trump announced a comprehensive plan to reform and simplify the nation’s tax code Monday that would lower rates for most Americans, get rid of inheritance taxes and eliminate many deductions.

The plan would reduce the number of income tax brackets from seven to four—25%, 20%, 10%, and 0%. Trump said his plan would take 50% of current income tax filers—those earning less than $25,000 individually or $50,000 jointly—off the federal tax rolls. The plan would eliminate the Alternative Minimum Tax, as well as many deductions and loopholes for the top two brackets, he said. Deductions for charity and mortgage interest would be preserved.

“It will be simple, it will be easy, it will be fair,” Trump said in a press conference, claiming that by cutting loopholes used by the wealthy, “It’s going to cost me a fortune.”

Trump’s plan would also cut the corporate tax rate to a maximum of 15%, while allowing for a one-time 10% tax on repatriated dollars held by U.S. companies overseas. Trump said he would eliminate the deferral of taxes on corporate income earned overseas, while eliminating most corporate tax loophole—including the carried interest provision favored by hedge funds—in an effort to balance the plan.

Trump claimed the tax plan is debt and deficit neutral, but did not release supporting documentation.

“I’m not a populist at all,” Trump told reporters. “I’m a man of common sense.”

Trump’s personal and corporate tax brackets are lower than the levels proposed by former Florida Gov. Jeb Bush, who would set personal rates at 10%, 25%, and 28%, and a corporate rate at 20%. But Bush’s plan doesn’t cut deductions as steeply as Trump’s. Bush has come under fire in recent weeks over analyses that his his proposal would have provided him with an additional $3 million in income last year had it been in effect.

Trump said his plan would take 75 million households off the federal income tax rolls, “They get a new one page form to send the IRS saying, ‘I win,'” his campaign outlined.

Among the biggest winners in Trump’s plan are the inheritors of the net worths of the nation’s millionaires and billionaires. Trump’s plan would eliminate the estate tax on inherited income in its entirety. The preservation of the mortgage interest deduction, which is preserved in most tax reform plans, would also help support the real estate market, where Trump is heavily invested.

The plan was praised by Americans for Tax Reform president Grover Norquist in a statement. “Trump’s plan is certainly consistent with the Taxpayer Protection Pledge,” he said. “Trump has said he opposes net tax hikes and has made clear that the real problem is spending. This plan is a reform, not a tax hike.” 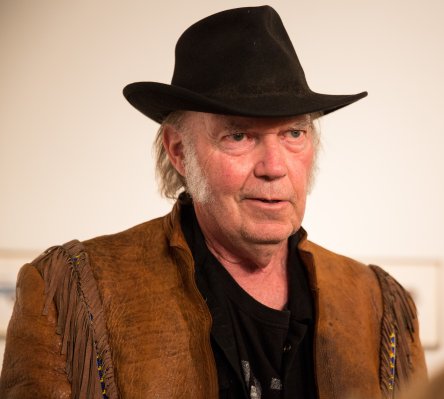 Neil Young Lets Candidate Use 'Rockin' in the Free World'
Next Up: Editor's Pick