Watch Matt Damon React to Tweets About His Ponytail

Matt Damon shattered illusions and broke hearts on Saturday when he revealed on The Graham Norton Show that the lustrous ponytail he had been spotted with over the summer was the result of hair extensions.

While filming The Great Wall (2016) in Beijing, his hair was so replete with extensions that it took “a full day” to put them in, even flying a stylist from the U.S. to Beijing to commandeer the process. Having never had to manage long hair before, Damon developed “a whole new appreciation” for his wife and daughter: “It’s very hard to do!”

Host Graham Norton shared with Damon that the ponytail had caused quite the sensation on Twitter, and took to reading out some of the more inappropriate tweets. Surprisingly, the tweet hashtagged “ladyboner” was not the one you’d least like your grandmother to read out loud.

Check out the video above to see Damon (and Bryce Dallas Howard) react to the tweets, and for more on the heartbreaking lie of Damon’s ponytail. 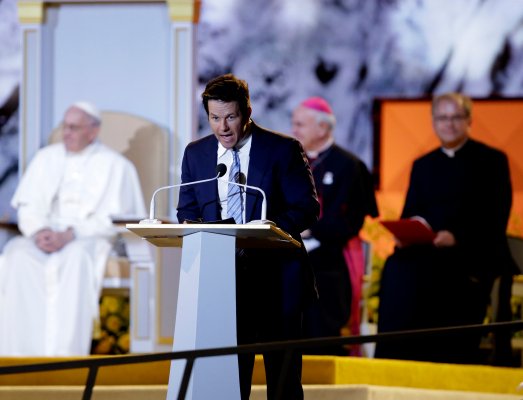 Mark Wahlberg Jokes About Ted with the Pope
Next Up: Editor's Pick