How to Talk About Other Religious Traditions to Your Kids

Fall is full of celebrations in several great religious traditions. Jews just finished marking Rosh Hashanah, the start of the Jewish new year, on Sept. 14, and Yom Kippur, a day of atonement, on Sept. 23, which was the same day as Muslims began to celebrate Eid Al Adha, which commemorates Abraham’s faith in being willing to sacrifice his son to God, and God’s mercy in providing another sacrifice in his place. And on Nov. 11, Sikhs and Hindus observe will observe Diwali, a festival of lights. For Hindus, the festival celebrates the victory of spiritual light over spiritual darkness, but for Sikhs it has an added meaning: celebrating of the release of an important guru from prison.

Then of course, comes Dec. 25, one of the biggest holidays for Christians.

Parents only have bandwidth for the best journalism. Subscribe to TIME for Parents here.

Your kids may have had some days off from school, or they may have noticed friends were absent that day. The fact that American kids might be celebrating any of these holidays—and more—is a testament to America’s tradition of religious freedom, which has welcomed an incredible diversity of faiths. According to the research of Diana Eck, professor of comparative religion at Harvard, the United States is the most religiously diverse country in the world.

That means kids need to understand something about other religions to understand the world around them, says Connie Green, professor of children’s literature at Appalachian State University, and co-author, with Sandra Oldendorf, of Religious Diversity and Children’s Literature. “We all need to be religiously literate, just like we’re literate in math and reading,” she says. And kids have a lot to gain by learning about other traditions, says Kate McCarthy, professor of comparative religion at California State University Chico, and author of Interfaith Encounters in America: “a connection to other cultures and traditions, and an enriched world view” as well as the chance to think about their own traditions in deeper ways. Not only that, she says, but study after study has shown that knowing someone from a different religion reduces religious prejudice and violence.

So how can parents start conversations with kids about America’s wealth of religious traditions?

Elementary age kids, says Green, are naturally “little theologians.” They’re “always asking questions, like why are we here? Why is the sky up there? What does it mean to be kind to other people?” Green’s advice: parents can let kids start the conversation themselves: “take those questions seriously, and see where they’re becoming curious about the mysteries of the universe.”

Middle school kids, says McCarthy, are starting to wrestle with questions of who they are, and the meaning and purpose of life. Which makes it a great time, she says, to ask questions like, “What does our tradition say? Do you and your friends ever have conversations about these things?”

High school kids, Green says, see religion in both history and the news, both of which can be great conversation starters for parents. And they’re old enough, McCarthy says, to start to think about the experience of others, with questions like “What do you think it’s like to be a Muslim or a Sikh student at your school?” And to recognize that non-religious people are a growing part of American society – 1 in 5, according at a 2012 PEW study. But it’s also important to recognize, McCarthy says, that “no one is ever just their religion.”

Some parents, McCarthy says, may be reluctant to expose kids to other religions, out of concern that they might be drawn away from their own. But that’s not what McCarthy has seen in her years of interfaith work. “The more common pattern,” she says, is that an “encounter with other religious traditions is a mirror that invites us to think about our own in deeper ways.” 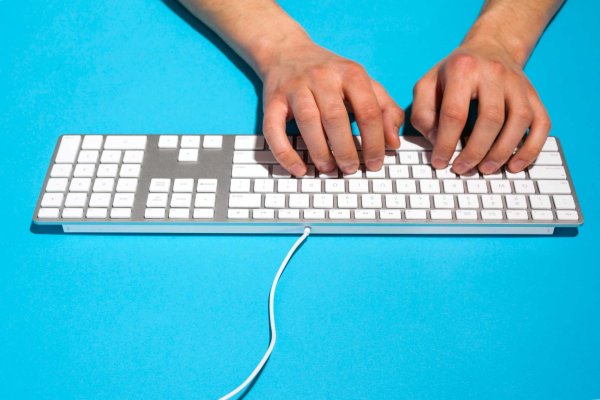 Is Mommy Blogging Fair on Kids?
Next Up: Editor's Pick