Apple said it sold more than 13 million new iPhone 6s and iPhone 6s Plus smartphones over the weekend, a new record for the gadgets maker as it plans to ramp up global distribution next month.

“Sales for iPhone 6s and iPhone 6s Plus have been phenomenal,” said Apple CEO Tim Cook in a statement.

He’s right. Last year, the prior generation phones—the iPhone 6, and iPhone 6 Plus—sold over 10 million new devices over their first weekend. The 2015 results imply a roughly 30% increase. That’s bigger than the increase reported in 2014, as Apple sold nine million iPhone 5s and iPhone 5c models in 2013.

Apple’s product launches generate strong early sales results and a lot of buzz, with video and news stories often focusing on the long lines outside the company’s retail stores and dozens of websites live-blogging the event for readers.

The 2015 slate of phones will start scoring sales in more than 40 additional countries beginning Oct. 9, including Italy, Mexico, Russia, and Spain. Apple expects the new iPhones will be available in over 130 countries by the end of the year.

The sales completed by Saturday, Sept. 26, will be included in the company’s fiscal fourth quarter results. After that point, sales will trickle into the fiscal first quarter. 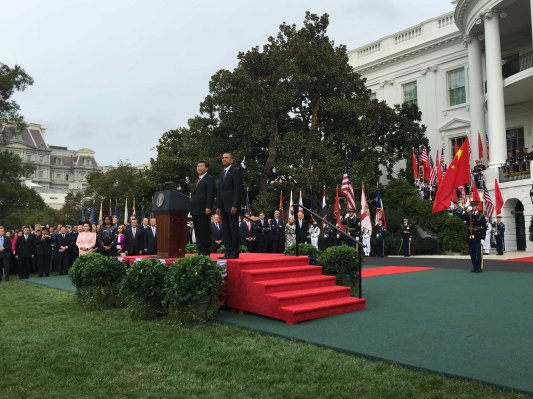 We Gave the New iPhone 6S to Pro Photographers and the Results Are Impressive
Next Up: Editor's Pick