A “super typhoon” approaching the east coast of Taiwan prompted thousands to flee their homes on Monday, with the storm expected to make landfall around 11 p.m. local time.

The typhoon, named Dujuan, was upgraded to Taiwan’s most serious category “strong typhoon” by the country’s weather bureau on Sunday, Agence France-Presse reported.

Fishing boats have reportedly been called back to shore amid increasing turbulence in the ocean near the coast, with strong winds and torrential rains expected to begin Monday afternoon.

Around 4,000 people were relocated on Monday, adding to the 3,000 — mainly tourists — forced to evacuate two popular resort islands over the weekend. A concert by American band Bon Jovi slated to take place in the capital City Taipei on Monday was canceled, as were more than 200 international and domestic flights.

A total of 24,000 troops have also been placed on standby and more than 100 shelters around the region have been established, with extra precautions prompted by Typhoon Soudelor in August that led to at least eight deaths and displaced many people for weeks.

“A massive amount of rubble caused by the last typhoon is still seen on slopes and river beds,” a spokesman from the Taiwanese weather bureau said. “This may cause further damage.” 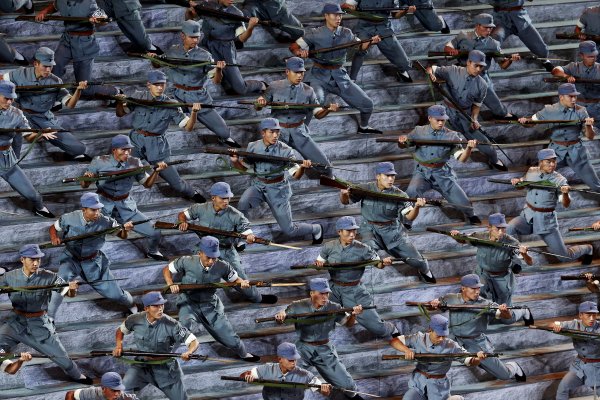