The news cycle has been dominated by the refugee crisis in Europe—the continent John Oliver calls “that thing Belgium is in”—so it was inevitable that Last Week Tonight would enter the fray.

As hundreds of thousands of refugees come to Europe seeking to escape the violence in Syria, European countries have reacted in a variety of ways. While some countries, like Germany, are welcoming refugees, countries like Denmark are taking out Arabic language ads (which Oliver dubbed “intentional Missed Connections ads”), warning people not to come.

Some nations are accepting refugees, but not letting them work until they’ve had interviews, meaning they can’t work for years as they wade through red tape. According to Oliver, not allowing the refugees to work for five years is untenable, because as he put it: “they’re refugees, not Renee Zellweger.”

To help dispel some of the myths about refugees as lazy or terrorists in training, Oliver aired an interview with a girl who managed to escape from Syria in a wheelchair. Her current biggest complaint about life is that her favorite soap opera Days of Our Lives killed off her favorite character. Luckily, Oliver had a solution for that particular woe. 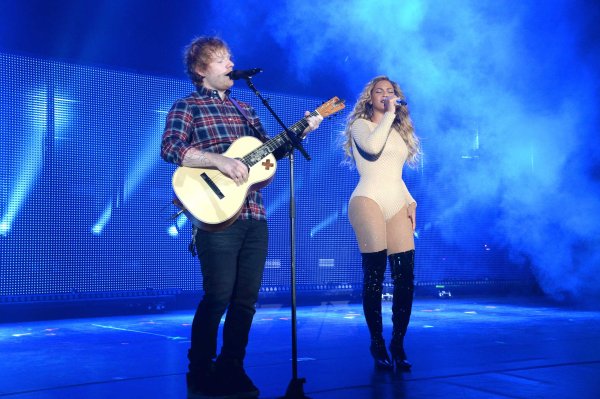 Watch Ed Sheeran Cover 'Drunk in Love' With Beyoncé
Next Up: Editor's Pick