Mark Wahlberg is hoping God has a sense of humor when it comes to raunchy comedies.

The actor was one of several celebrities who made an appearance at the World Meeting of Families on Saturday in Philadelphia, which was attended by Pope Francis on the tail-end of his six-day tour of the U.S.

After a young soloist performed for the pontiff and the gathered guests, Wahlberg, 44, took to the podium.

“That was truly the voice of an angel,” the actor said. “But then he whispered in my ear that he loved the movie Ted. And I told him that was not appropriate for a boy of his age.

“Holy Father please forgive me,” Wahlberg, who is Catholic, said to the Pope. “I’ve always hoped that the good Lord has a sense of humor when it comes and pertains to many of the movies that I’ve made.”

The World Meeting of Families, which is the world’s largest Catholic gathering of families, included performances by Aretha Franklin and Andrea Boccelli. The Pope organized his trip the Cuba and the U.S. to coincide with the event. He wrapped up his visit to North and Central America on Sunday.

There’s still no word on what he thought of Wahlberg in Ted. 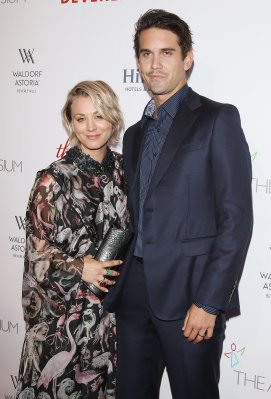 Kaley Cuoco and Ryan Sweeting Are Getting a Divorce
Next Up: Editor's Pick