A woman believed to have been killed 31 years ago in Germany has been found alive and well and living under a false identity.

Petra Pazsitka went missing in 1984 from student housing in the northern German city of Braunschweig, where she was studying computer science, the BBC reports.

Then aged 24, she had withdrawn money from her bank account and told her neighbor to look after her pet bird. A huge search effort turned up no clues and authorities declared her deceased five years later.

Later, a man convicted of killing a missing teen nearby also confessed to Pazsitka’s murder, but he later retracted his confession.

The mystery continued to baffle police until they stumbled upon the now 55-year-old while investigating a robbery. Pazsitka had no ID and confessed to police that she had been living under a fake identity in Duesseldorf, a city in the west of Germany.

“As to the motive of her disappearance, she gave no explanation, and expressly said that she continues to want no contact with the public or her family,” a Braunschweig and Wolfsburg police spokesperson told the Independent.

Prosecutors say Pazsitka has been officially declared alive and will not be charged with a crime. 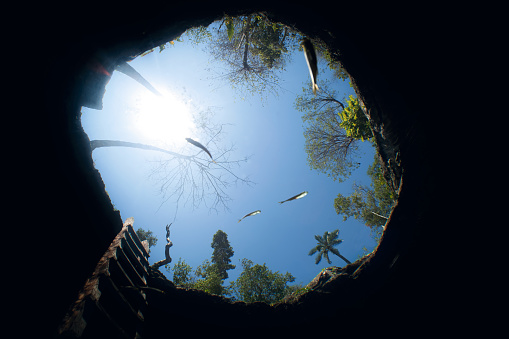 Campers Flee in Panic as a Huge Sinkhole Swallows Tents and RV on Australian Beach
Next Up: Editor's Pick