Study: Most Non-Climate Scientists Agree on Global Warming Too

Pedestrians look at a smart device in the Marina Bay district as buildings in the central business district stand shrouded in smog in Singapore, on Sept. 24, 2015.
Nicky Loh—Bloomberg/Getty Images
By Justin Worland

Supporters of policies to address man-made climate change are quick to cite research showing 97% of climate scientists believe that humans are contributing to global warming. Now, new research suggests that consensus extends to scientists in other fields.

Published in the journal Environmental Research Letters, the study found that nearly 92% of biophysical scientists surveyed believe that human activity has contributed to global warming. Nearly 94% said they believe global temperatures are rising. Researchers surveyed 2,000 scientists at universities in the Big 10 Conference and received 698 responses. The survey included fields like biology, chemistry and physics.

The study’s design specifically addresses the belief that scientists who are skeptical of climate change come from fields outside of climate science. The new research weakens that argument.

The consensus among scientists on climate change stands in sharp contrast to the views of the general public in the United States. Less than two-thirds of Americans believe change is happening. And only 40% believe it’s caused by humans, according to a report from the Pew Research Center.

The study also suggests that role culture and political values play in determining one’s views on climate change. Both of those factors helped predict those who didn’t believe in man-made climate change despite being knowledgeable on the science, according to the study. 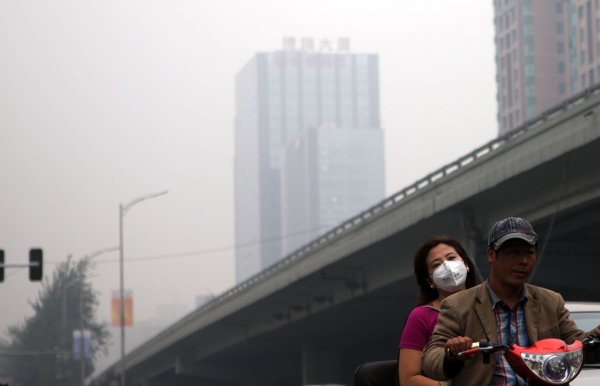 China and U.S. to Unveil Major Climate Deal
Next Up: Editor's Pick