People wait in line to see the matinee show of The Lion King on May 27, 2015 in New York City.
Andrew Burton—Getty Images
By Tessa Berenson

Julie Taymor is about to be inducted into the Theater Hall of Fame for directing Broadway’s The Lion King, the highest grossing entertainment production of all time.

But speaking at The Nantucket Project on Saturday, Taymor said she didn’t always plan on sticking to Disney’s beloved ending.

“In my original idea… [Simba] doesn’t go back at all. That never happened,” she said of Simba returning from his adventures in the jungle at the end of the show to become king. Instead, “He goes to the desert. And in the desert, he comes out of the jungle… And he sees Vegas.”

The audience burst out laughing. “No, seriously!” Taymor said. She proceeded to explain the rest of the story. She wanted to introduce a new villain named Papa Croc who had struck a deal with Scar, the villainous lion from the original story, to buy up all the water in the land. Papa Croc then funneled this water to create a desert oasis: Las Vegas (complete with plays on animals and humans like Papa Croc’s Pussycat Lounge).

“And here comes Simba the wild beast from the jungle, and he falls for Papa Croc because he doesn’t have a father,” Taymor said, as Simba’s father Mufasa dies both in the movie and at the end of the first act of her musical.

But Papa Croc then puts Simba in the Coliseum and forces him to fight against animals from other lands in a brutal animal gladiator show.

Needless to say, the head of Disney Theatrical wasn’t thrilled with the idea of a musical that ends with Simba in a fighting pit in Las Vegas.

So Taymor scrapped the idea and instead created the musical everyone’s now familiar with. “It was the right thing that happened in this collaboration,” she said, “Which is he knew we don’t need to go that far, but I figured out how to do the animal and the human,” a collision she had struggled with when starting to conceptualize the show.

But this may not be the last you hear of Taymor’s crazy alternate ending: “I still think it would be fun to make,” she said. 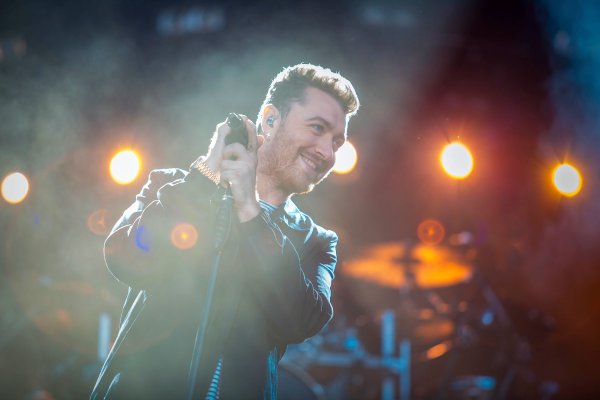 See Every Artist Behind the James Bond Theme Songs
Next Up: Editor's Pick