Astronaut Scott Kelly, who is spending the year in space aboard the International Space Station, tweeted a stunning image of outerspace view of North Korea on Saturday showing the vast country without power while twinkling light illuminated the rest of the world.

“Feel bad for the people of #NorthKorea when I see with my own eyes they live without electricity,” Kelly tweeted. The darkness shown in North Korea is due to mandatory power cuts that the country imposes at night in order to conserve dwindling electricity resources, according to Atlantic Magazine’s City Lab.

TIME is producing a series of documentary films on Scott Kelly’s mission. Watch the latest episode below, or follow the series here: A Year in Space. 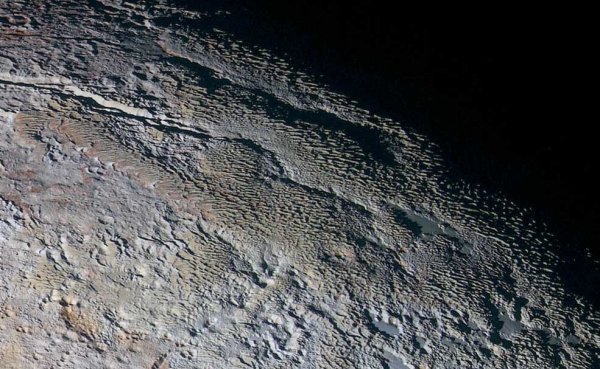 See The Newest 'Snakeskin' Image of Pluto From NASA
Next Up: Editor's Pick