If you’re scared of heights, this bridge is not for you. A high-altitude glass-bottomed bridge opened Thursday in China, offering brave visitors dizzying views of the canyon floor 600-feet below them.

The bridge opened in Shiniuzhai National Geological Park in the Hunan province, and is thought to be the highest glass-bottomed bridge in the country, according to China Daily.

The BBC reported that the bridge is expected to be the longest glass-bottomed bridge in the world, almost 1,250 feet long, and among the highest as well. The canyon is the same one that inspired Halleluja Mountain in James Cameron’s Avatar movies, according to WIRED, and the architects specifically designed it so that it would “disappear” into the sky.

The developers plan for the bridge to host fashion shows, and they planned a specific area for bungee jumping. 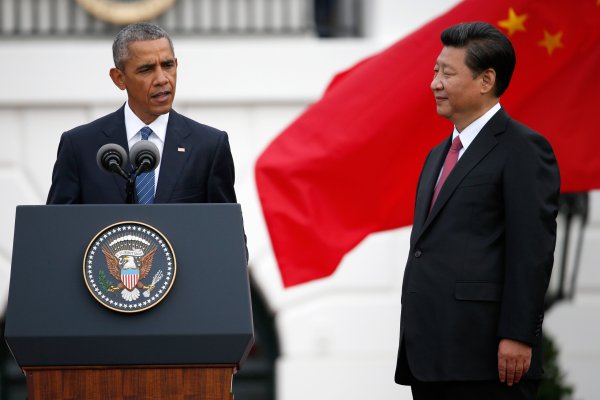 China Shows Seriousness With Climate Announcement But Challenges Remain
Next Up: Editor's Pick