If you haven’t been on Facebook or Twitter yet today, you’re missing the phenomenon #NoMakeupSelfie in which women take pictures of themselves au naturel in order to raise money for cancer research. The movement has tapped into aspects we love about the Internet—selfies, hashtags, self-congratulation, scrolling through pictures of other people looking a little worse than they normally do. Plus there’s the added bonus of letting all our friends and followers know that we’re doing something good, like donating money, and that we’re not so vain that we need makeup. It’s basically an ad for our own best selves, complete with photo.

How did this perfect vanity-charity storm get started?

We can blame this movement—like most—on Hollywood. At this year’s Oscars, 81-year-old actress and former heartthrob Kim Novak took the stage looking like she’d had so much work done that she couldn’t move her face. After Twitter users dragged Novak through the mud, author Laura Lippman tweeted a no makeup picture of herself in solidarity with Novak, arguing that if women saw no pictures of natural, no makeup women online they’d feel less pressure to get work done.

This spawned a trend of celebrities posting no makeup selfies of themselves, all of which will make you loathe your favorite stars even more for looking so darn good without help. The ultimate example from everyone’s favorite GOOP:

Somehow, that morphed into a campaign to raise awareness for cancer, paired to the hashtage #NoMakeupSelfie.

Since last Tuesday, women in the U.K. have been taking no makeup selfies in a campaign to raise money for cancer research. You’re nominated by a friend to post a selfie of yourself on Facebook and then can text HOPE to the number 20222 in order to donate $5 to cancer research, kind of like a chain letter. Today, the trend hit the U.S. and probably your Facebook wall. As of Thursday morning, the campaign had already raised £8 million for cancer research—U.K. donations are going to Cancer Research UK, and American donations are going to the American Cancer Society.

But it’s still not entirely clear how barefaced selfies and cancer connect. The pairing of the two seems to imply that taking a selfie without makeup compares in bravery in some way to battling cancer. It doesn’t. And what does it say about our society that being seen without makeup is some sort of monumental event—so monumental that the TODAY show spent days hyping up a segment in which the show’s hosts went without makeup for a hot second.

As quickly as the #NoMakeupSelfie movement has gathered followers, it’s also drawn cynics. One Twitter user criticized the self-congratulatory aspect to the campaign.

I myself became skeptical when a quick Google search brought up beauty sites advising girls on “how to take the perfect no makeup selfie” detailing what angles, lighting and filters women should use in order to look their best—all of which really seems to defeat the purpose of the excercise.

A girl at Oxford decided to use the campaign idea for what she argued was a better (and more relevant to selfies) cause. She posted on Facebook:

And then there’s the fact that thousands of people who participated in the original #NoMakeupSelfie campaign have been donating to the wrong charity. The BBC reported that many accidentally sent money to Unicef instead of Cancer Research UK by texting “DONATE” rather than “BEAT.” Others accidentally asked about adopting a polar bear from the World Wildlife Fund when their phone autocorrected “BEAT” to “BEAR.” Call it a social media mess.

Somehow the original cause has been lost in the hype. One woman wrote on the Globe and Mail’s Facebook page, “90 per cent of the ‘no make up selfie’ posts on my news feed didn’t even mention the word cancer.” We should applaud those who used this campaign as an excuse to donate, but we shouldn’t need an excuse.

So drop your smartphone, and just donate to the American Cancer Society. 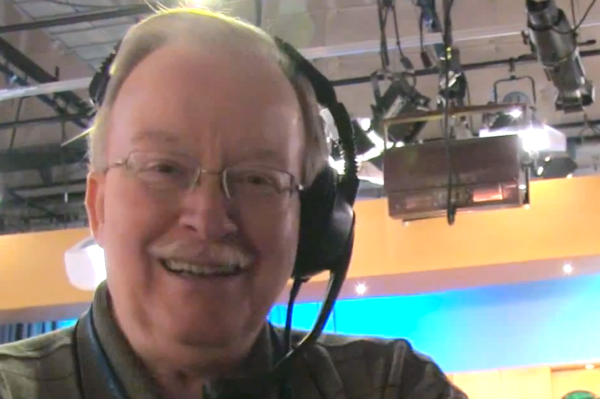 Meet the Voice Behind AOL's 'You've Got Mail'
Next Up: Editor's Pick