House Majority Leader Kevin McCarthy is a happy guy. Not because he’s the frontrunner to be the next speaker, though that would make some people very happy, but because he’s just generally a happy-go-lucky guy. The test will be: how long can that last in what is generally accepted to be the hardest job in Washington?

House Speaker John Boehner’s abrupt departure announced Friday and effective October 30 has left the door open for McCarthy to ascend to the House’s top spot. Boehner threw his support behind McCarthy in a press conference on Friday saying “Kevin would make an excellent Speaker.” McCarthy will likely face some kind of challenge for the post from the right, but insiders say he probably has the support.

“The more I talk to people, the sense is McCarthy could actually get [support] from [the right wing],” says one senior House GOP aide. “They believe he’s more inclusive than Boehner. They think Boehner ignores them or marginalizes them. That’s fair to a certain degree. McCarthy’s natural role is to bring people in and have them make decisions—rather than dictating.”

McCarthy’s ascension would cap an unlikely meteoric rise, marked more by the abdication or loss of the leaders ahead of him than by his own achievement. The California Republican was only elected to Congress in 2006 and rose to Majority Leader on the heels of Eric Cantor’s surprise primary loss in 2014.

McCarthy grew up in Bakersfield, Ca., with a blue-collar, Democratic-leaning family. At the age of 19, he won $5,000 from the lottery, which he invested in a deli. Profits from that business eventually helped him pay for business school at Cal State. In college, he bucked his family’s political leanings, becoming the head of the Young Republicans national organization. After school, he sold the deli and went to work for Rep. Bill Thomas, the irascible former Ways and Means Chair. McCarthy became Thomas’s protégé, following him into the State Assembly and then taking his House seat upon his retirement in 2007.

Within three years on the Hill, McCarthy formed a close relationship with Cantor and then Budget Committee Chair Paul Ryan. In 2009 he became Cantor’s chief deputy whip, and the three wrote a book called “Young Guns,” about the next generation of Republican leaders geared toward winning the 2010 elections. Boehner tasked McCarthy and Illinois Republican Pete Roskam to draft a revised Contract with America, which they called the Pledge to America. The GOP’s subsequent victory saw McCarthy bumped up to Republican whip, the third most powerful leadership slot.

In the majority in the first two years, Boehner and Cantor often butted heads. McCarthy took a nice-guy approach and largely stayed away from their fights. The two eventually made up, and everyone expected Cantor to succeed Boehner after the 2014 elections, but that plan was dashed when Cantor lost his primary in the summer of 2007 in a surprise route. McCarthy jumped up a rung to House Republican No. 2, amid expectations that Boehner would remain in place until at least the 2016 elections.

Now, with the fall of the second House GOP leader in as many years, McCarthy again looks poised to move up. But Boehner and Cantor’s woes should be a lesson to him: His conference is increasingly ungovernable. While McCarthy’s good-guy nature and willingness to listen makes him appealing now, he’s not in any better position to repeal Obamacare, bring down the President’s Iran nuclear deal or defund Planned Parenthood than his predecessors.

If the vote goes as anticipated and McCarthy fends off a conservative challenger, he will get no honeymoon. Almost right off the bat, McCarthy will be faced with a potential government shutdown, default on our nation’s debt and uphill battles to restore funding to the Ex-Im Bank, close a shortfall in transportation infrastructure spending, pass annual tax extenders vital to business and a reauthorize the Federal Aviation Administration. Those are daunting challenges even for the most experienced of speakers, and they could all face McCarthy in his first two months on the job.

McCarthy’s sunny disposition has gotten him this far. And, who knows, maybe it can carry him through, like Ronald Reagan, the GOP’s first happy warrior. But Reagan never faced a Tea Party insurrection. Wrangling some of these members could easily turn the biggest of smiles into a frown. As McCarthy will quickly learn, being the face of the GOP establishment is not a happy place these days. 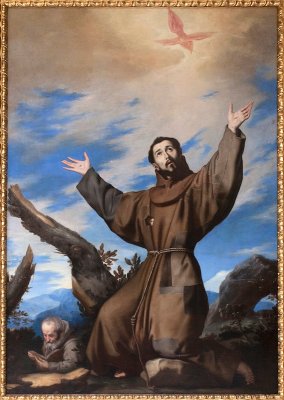 This Is the Prayer John Boehner Read at His Resignation
Next Up: Editor's Pick