The month-old giant panda cub at the National Zoo officially has a name: Bei Bei.

Obama and Peng chose the name together from a list of finalists from zoo and Chinese officials, and revealed the choice by unfurling scrolls for an audience of schoolchildren. The announcement took some panda enthusiasts by surprise, since the zoo in the past has followed Chinese tradition of waiting 100 days to name the pandas.

“The giant panda exemplifies the common bond between China and the United States,” Ms. Peng told reporters. “We do need more bonds to bring the people of our two countries ever more closer and I think the giant panda is one of those bonds we can celebrate to achieve that goal.” 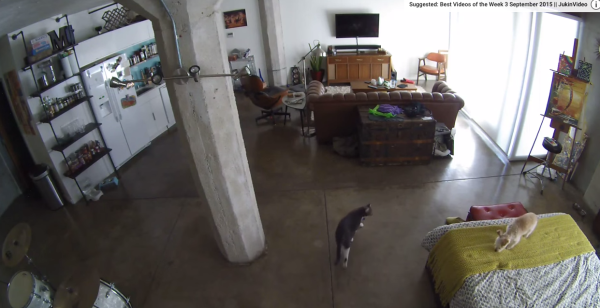 This Cat Is Definitely the Boss of This Dog
Next Up: Editor's Pick