Chinese President Xi Jinping at the start of his state visit to the U.S. Sept. 25, 2015.
Brooks Kraft for TIME
By Olivier Laurent and Josh Raab

Let’s get this clear: there are dozens of cameras–from Canon’s and Nikon’s DSLRs to Sony’s RX line–that offer better performance to professional photographers than Apple’s latest iPhones. But, when compared to most other smartphones as well as point-and-shoot cameras (those that have survived in the last few years anyway), the new iPhone 6s and 6s Plus offer the best all-around results.

Here’s what’s new: The iPhone 6s now has a new iSight camera with a 12-megapixel sensor, compared to last year’s iPhone 6 which had eight megapixels. Apple says the devices have been reengineered to prevent “crosstalk between the subpixels.” (More on that in a moment.) The lens composition remains the same, offering an f/2.2 aperture. The larger iPhone 6s Plus model also has optical image stabilization, which is now available while shooting videos at up to 4K resolution. The Cupertino-based company has also updated its front-facing camera; it now packs five-megapixel sensor versus just 1.2 megapixels previously.

Jargon aside, this all amounts to a lot of noticeable improvement. (See the chart below.) The bump in the number of pixels is particularly welcome because it is coupled with “deep trench isolation” technology that compensates for the loss in quality smaller pixels usually bring with them. The result in low-light situation is astounding when compared to the iPhone’s predecessors and almost all of its smartphone competitors. That doesn’t mean your photos will be perfect. Washington, D.C.-based photographer Brooks Kraft tells us, for example, that inside the Capitol, as he followed Pope Francis’ visit, he had difficulties capturing movement, resulting in images where the main subject was blurry. (The iPhone has a tendency to keep ISO low, even in low-light situations, as it favors fast shutter speeds to prevent motion blur.)

Yet, if you’re shooting a portrait in bright daylight, you’ll be hard-pressed to find any faults with your images. Case in point: Kraft’s picture of Obama and Chinese President Xi Jinping. That’s precisely why the iPhone is good.

The new phones also have a faster A9 processor, which Apple claims provides 70% faster CPU and 90% GPU performance than its predecessor. In practice, this helps make the camera feel more reactive, ensuring that the software that operates it doesn’t get in the way of you getting the shot.

There are some other innovations aimed at mainstream users. Apple’s new Live Photo mode records a few seconds of video and audio before and after each shot. The result is a still image that comes to life if you press and hold it. It may sound like a gimmick, but it’s fun to play with and can yield beautiful results. The best Live Photos will be portraits or landscapes which capture subtle changes, rather than movement. (These aren’t like Vine or SnapChat videos.)

It’s not perfect, however. Third-party sites, such as Facebook, will have to add compatibility for the format for it to take off with consumers. Right now, sharing these kinds of photos online requires too much tinkering. And the way you think about a Live Photo has to be different. Moving the camera before the Live button has disappeared and the image has been saved will result in ruined moments–the last thing you want when looking at a video portrait is to see your own shoes because you packed away the camera too quickly. But we expect Apple to fix that issue in an upcoming software update.

In the end, what really matters with a smartphone camera is that it’s always with you. No camera with a small sensor will replace the bulky DSLRs that professional photographers have to lug about. Yet, in some situations, Apple’s iPhone gets remarkably close. The iPhone 6s is hands down the best smartphone camera the company has ever made. What’s so special about that is that Apple has succeeded in not only improving its technology but transforming almost anybody into a potentially powerful photographer. 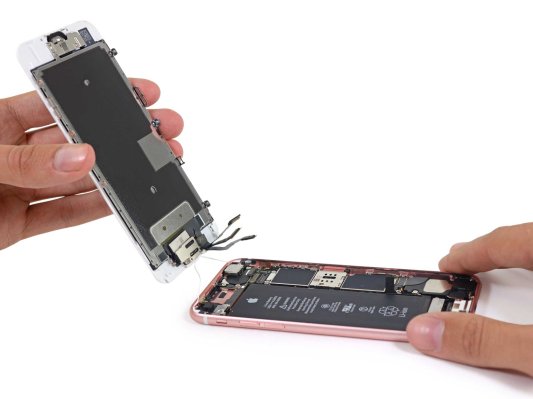 See What's Inside Apple's iPhone 6s
Next Up: Editor's Pick