Here's Why Nike's Stock Is On An Amazing Run

Not long after Nike reported its earnings Thursday for the three months ending in August, a meme appeared on Twitter, courtesy of StockTwits: the familiar Nike swoosh with a modified slogan, “Just Buy It.”

For longtime Nike investors, the joke was by no means new, but that didn’t keep it from being any less satisfying. In fact, from the perspective of a Nike bull, the durability of the meme might be the best part of the joke. Nike has had a spectacular run, rising 138% over the past three years and 465% in the past 10 years. The S&P 500, by contrast, has risen a mere 59% in the past decade.

Cautious voices have argued that such sustained rallies are rare, warning Nike was getting too expensive for its own good. The sense of caution grew louder this summer, as Nike’s stock flatlined for several weeks amid concerns that China’s slowdown and competition from athletic wear rival Under Armour would slow its sales while stock was valued at 33 times earnings. That’s about as expensive as it’s been over the past decade.

The sense of caution was understandable, but it’s starting to look as if it was off the mark. Nike reported revenue of $8.4 billion last quarter, up 5% on the year and up 14% if the strong U.S. dollar is factored out. Net income rose 23% to $1.2 billion, or $1.34 a share. Both figures were well above analysts’ estimates.

Nike’s stock rose as much as 8%, hitting $124.25 in after-hours trading on the earnings report and the subsequent conference call, a record high. At that price, Nike’s stock is trading at 31 times its trailing 12-month earnings, still expensive but below the PE it had before it reported earnings Thursday.

Nike, to be sure, still faces a number of issues, like the strong dollar that’s eating into the reported revenue of most U.S.-based multinationals. The company also said it’s still working through inventory issues in the wake of a labor dispute that slowed down West Coast shipments. And Under Armor continues to gain allure as an up-and-coming brand.

On Thursday, though, there was little evidence that any of these factors were slowing down Nike’s revenue and profit growth. In China, for example, revenue grew 30% and pre-tax profit rose 51% despite the turmoil in the country’s stock markets and the slowdown in its economy. Nike, like Apple, remains an aspirational brand among many Chinese consumers, who are willing to pay its premium prices. China now accounts for 11% of Nike’s total revenue and 23% of its net income.

Nike’s core market, of course, is North America, where it gets 45% of its revenue and 72% of its profit. One not-so-encouraging sign is that footwear sales in the region have slowed to 8% in the quarter from 12% in 2014. On the other hand, apparel sales remained strong at 13%.

Nike has one huge asset that none of its rivals share: a powerful brand. Nike’s is the 18th most valuable brand in the world, according to Forbes, and the most valuable apparel brand by far. It’s especially strong among teenagers. According to a Piper Jaffray survey, 24% of teens cited Nike as their preferred clothing brand. The second-most cited brand, Forever 21, was named only 8% of the time.

In a talk earlier this year, Scott Galloway of research firm L2 explained why this is such a big deal for Nike. “There is a tectonic shift taking place in apparel, the second-largest consumer category in the world. Essentially, people are moving from denim to sweatpants,” he said. “It sounds minor but it’s a huge trend in a gigantic industry.”

Nike also gave investors encouraging guidance about orders scheduled between now and January 2016. Worldwide, future orders are expected to grow 17% excluding currency changes. In North America, Nike is expecting a 15% rise on the year, against 9% revenue growth last quarter (which faced a tough comparison with the year-ago quarter, thanks to World Cup-related sales).

Future orders are also expected to be strong in China (up 27%), Japan (up 26%) and Western Europe (up 22%). Again, if the dollar remains strong it’s likely to reduce the impact of those orders on revenue. But the estimates suggests Nike doesn’t see any other major factors slowing sales in the rest of the year.

As for 2016, Nike CEO Mark Parker said Thursday he’s hopeful that the Olympics will give an even stronger boost to sales than the World Cup did in 2014.

“The Olympics and the World Cup really stand above and beyond all sports events,” Parker said. “For us they are an opportunity to bring our best products, our best innovation, our best storytelling . . . the expectations on Nike are extraordinarily high as they should be . . . This will be one of the best if not really the best ever event for Nike. I’ve never seen an innovation pipeline so full.”

Given comments like that, investors continued to nudge the stock higher through the earnings call. Nike is aging gracefully the way great athletes want to. It may have $32 billion in annual sales but it keeps managing to hurdle over the bar each quarter, even as that bar constantly moved higher. One of these days, it’s bound to stumble. But the company made a good case this week that that day may not come for a while. 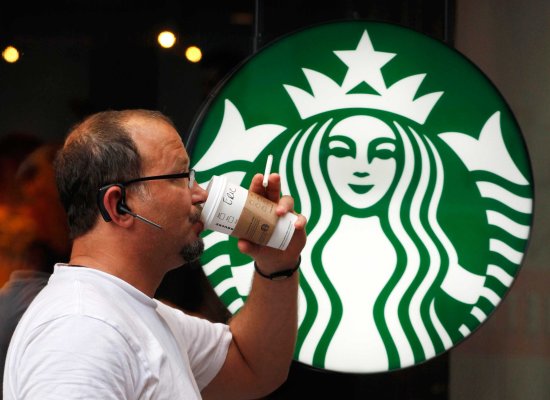