This Is the Prayer John Boehner Read at His Resignation

It’s no secret that John Boehner viewed the fact that he brought Pope Francis to Congress as one of his signature achievements as Speaker of the House of Representatives.

The Ohio Republican told two Washington reporters that he had nothing left to accomplish after bringing the pope to the Capitol, according to a story in Politico Friday, and he was teary and visibly broken up throughout the visit Thursday. When Boehner announced his resignation to his Republican colleagues Friday, he paid tribute to the pope’s namesake, Saint Francis of Assisi, by reading “The Prayer of Saint Francis.”

Here is that prayer:

Aside from the connection to Pope Francis, the prayer is also fitting for a resignation announcement, as it speaks of acceptance and keeping the broader picture in mind. Boehner’s predecessor, Democratic Rep. Nancy Pelosi of California, also cited it when she began her speakership in 2007. 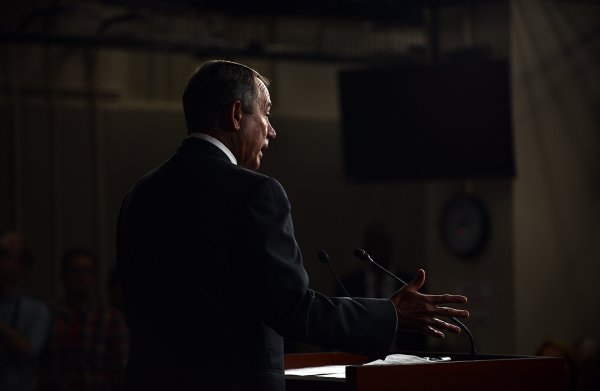