This Cat Is Definitely the Boss of This Dog

Exhibit #72,276 in the ongoing case that cats are evil is this video shot by Devon Meadows. In the clip, captured off of a home monitoring system, a barking puppy is shut down by a cat who has clearly had enough.

According to the video description, Meadows and his wife were concerned that their dog Chazz was barking too much while they were away, so they set up a video camera to monitor him. Turns out that Chazz may bark, but their cat, Greyscale, has the situation well under control. Through a combination of fear and threatening demeanor, Greyscale has trained Chazz to zip it on command, no biscuits required. There’s little doubt that Chazz will disturb the neighbors’ with his barking anytime soon.

In the eternal struggle between cats and dogs: Score one more for the cats. 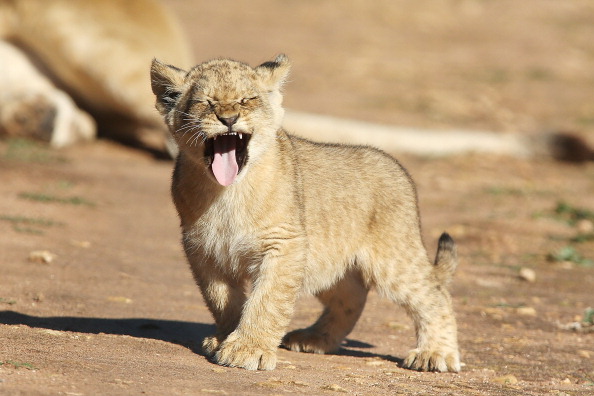 Watch This Tiny Lion Cub Attempt The Cutest of Roars
Next Up: Editor's Pick