George Osborne U.K. chancellor of the exchequer leaves the HM Treasury building before heading to the Houses of Parliament to deliver his Autumn statement in London on Dec. 3, 2014.
Simon Dawson—Bloomberg/Getty Images
By Chris Matthews / Fortune

While the Republican presidential field is busy fighting over who hates Iran the most, European leaders are flocking to do business there.

In an interview with the Financial Times, UK Chancellor of the Exchequer George Osborne said that he wanted to take what might be “Britain’s biggest-ever trade delegation to Iran.”

“We can either sit on the sidelines, watch the world move ahead and gradually decline — plenty of other countries are taking that path — or we can get out there and plant our flag in the ground,” he told the FT.

Britain is following the lead of other countries which had been imposing U.S. led sanctions against Iran to punish it for a secret nuclear program that broke international treaties. France, for instance, sent a large trade delegation to Tehran this week. 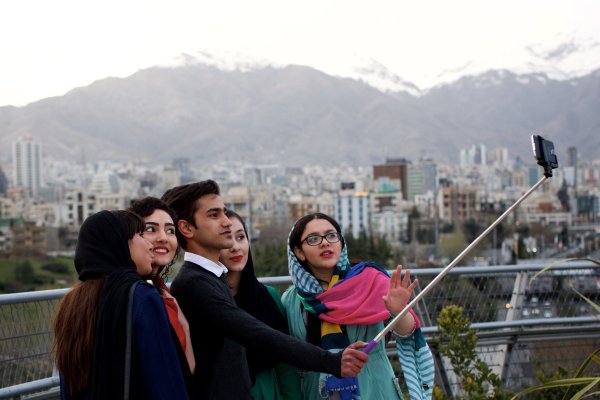 Revolutionary Fervor Isn't What It Used to Be in Post-Nuclear Deal Iran
Next Up: Editor's Pick