Climate change could create a refugee crisis far worse than the one currently unfolding in Europe, Elon Musk warned Thursday.

The Tesla CEO gave a speech in Berlin in which he said changes in Earth’s temperature could lead to depleted water and food supplies, thus forcing millions of people to leave their homes in search of resources, the Huffington Post reports.

“Today, the challenge is in terms of millions of people, but in the future, based on what the scientific consensus is, the problem will be in the hundreds of millions and much more severe,” Musk said.

The tech billionaire also commented on the Volkswagen scandal. He called the company’s practice of cheating on emissions tests “troubling,” but said the problem was small compared to the issue of carbon dioxide emissions overall.

Musk is at the helm of two separate environmentally friendly companies: Tesla, which sells a growing fleet of electric cars, and SolarCity, a solar power company. 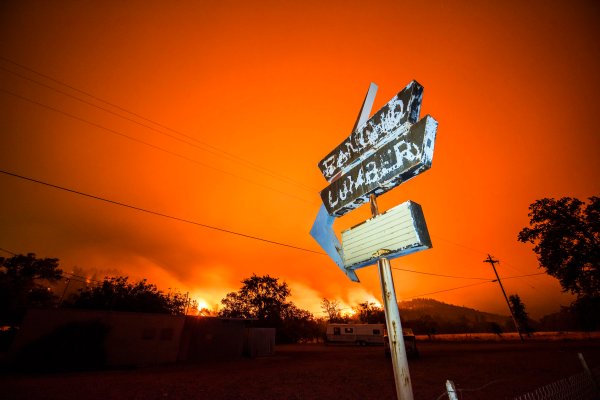 The Fires That Aren’t Worth Fighting
Next Up: Editor's Pick