The Woman Who Made Scarlett O'Hara's Hats

Much behind-the-scenes work on Gone With The Wind and the people who performed that work continues to remain largely unknown outside the production sites of the 1939 film. The story of an African American milliner was recently brought to my attention through an email query—had I heard about the woman who designed Scarlett O’Hara’s hats? A link to a video on YouTube, telling the story of Mildred Blount—“Milliner to the Stars!”—was included in the message. I was intrigued and wanted to learn more.

John Frederics, a New York–based milliner (who later changed his professional name to John P. John, and is perhaps better known through the company, Mr. John, Inc.), was the creative side of the partnership of the company John-Fredericks. Frederics had always been credited with making Scarlett O’Hara’s hats, although he received no onscreen credit. Mildred Blount, who had been making headgear since childhood and continued honing her skills as a young woman working in various shops in New York City, applied for a job with John-Fredericks and got the position.

An article on Blount in Ebony magazine in 1946 described the scenario: “It took courage for her to ring the bell at John Frederics in answer to their ad for a learner, for this was the royalty of America’s hatters. They were taken aback. No Negro had ever applied before. Yes, she assured them she had talent. All she asked was a chance. P.S.—She got the job.” The article continues: “Her exhibit of hat miniatures at the N.Y. World’s Fair attracted the attention of Mrs. David Selznick, and ultimately landed John Frederics the pot-of-gold assignment of the day—milliners to the tremendous cast of Gone With The Wind. Mildred did most of the work, although the credit line went to her employers.” This begged the question, who really made the hats for Scarlett O’Hara? John Frederics or Mildred Blount?

Negotiations between Selznick and John Frederics began hurriedly in January 1939 and were fraught and arduous. Found in the Selznick collection are many memos and telegrams discussing the terms desired by Frederics and Selznick’s commitment to keep the arrangement to SIP’s (Selznick International Pictures) economic advantage. Selznick was adamant about refusing screen credit for John Frederics, Inc., and Frederics was concerned with being compensated fairly for his time and reaping publicity benefits. After much back-and-forth between SIP and Frederics—and a lucrative commercial tie-in deal for SIP with a manufacturer, recommended by Frederics, to make commercial copies of the hats—a contract was agreed upon and signed on January 13, 1939.

John Frederics had pointed out the impossibility of executing hats “satisfactorily, especially when the picture is in color, 3,000 miles away.” A train compartment was swiftly booked for John Frederics to travel to Los Angeles, and he arrived at SIP set on January 20. Frederics optimistically estimated that he could finish 15 hats in two or three days; he stayed in Los Angeles for nearly a month. By the end of his 26-day stay, he had completed 12 hats, including the curtain dress hat (“Scarlett #13″). He was brought back (following another contentious negotiation) in April to make 10 more hats for Scarlett and other characters, including Melanie Wilkes and Belle Watling.

While it cannot be accurate that Irene Selznick saw Blount’s miniature hats at the World’s Fair that spring or summer and recommended John Frederics to Selznick (as he was already considered for the job in December 1938), it is very likely that Mildred Blount created Scarlett’s hats for the “Honeymoon” sequences in New York. Frederics was unable to complete his work on Scarlett’s hats during his second trip to Los Angeles in April–May 1939 and agreed to make the remainder of the hats at his New York studio.

In addition, Blount very likely had a hand in choosing materials and working with Frederics on the designs for the first round of Scarlett’s hats in New York. In one memo, Frederics asks that sketches and fabric swatches be sent to New York in advance of his January trip to Los Angeles so that he could purchase or choose the bulk of the materials in New York, which he preferred to the Los Angeles market. Between January 13 when the contract was signed and January 19 when he arrived in Los Angeles, Frederics had to work at lightning speed to get his materials and design ideas in order, and it’s very unlikely he did this alone.

As the production history of Gone With The Wind makes clear, the concept of the lone genius working in isolation, be it producer, designer, or director, is a myth. The talents of many people working on the production often did not receive recognition in print. However, Blount’s design legacy shows that she remains anything but anonymous. Her talents and reputation continued to soar while creating for John Frederics, Inc.. She left John Frederics, Inc. and founded her own eponymous label in Los Angeles by the mid-1940s, designing for Hollywood actresses as well as private clients, including Gloria Vanderbilt and Marian Anderson. She continued to work until her death in 1974. Her hats can be found in the collections of the Los Angeles County Museum of Art and the California African American Museum.

See more about Mildred Blount and Gone With the Wind here, at the Harry Ransom Center Cultural Compass blog. 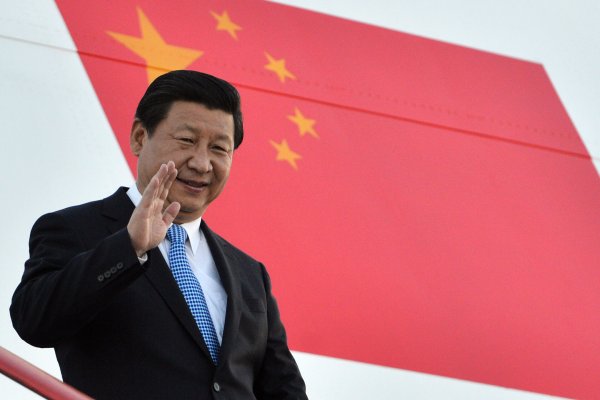 Meet Xi Jinping, the Most Powerful Man in China
Next Up: Editor's Pick