Sales were suspended in June amid a national conversation about the flag’s place in American society, following the fatal attack on a historic black church in Charleston, S.C. While Georgia law requires a state-sponsored specialty plate for the Sons of Confederate Veterans, who are supported by proceeds from the plates, the governor ordered a redesign. The new version, to be made available soon, will remove the watermarked confederate flag spread over the background of the plate, but keep a smaller version of the flag in the foreground, with its color darkened to a “blood red,” the Atlanta Journal-Constitution reports.

A reported 3,500 drivers have already signed up for the nw Confederate plates, and the Sons of Confederate Veterans said they’ve recently seen a spike in interest. 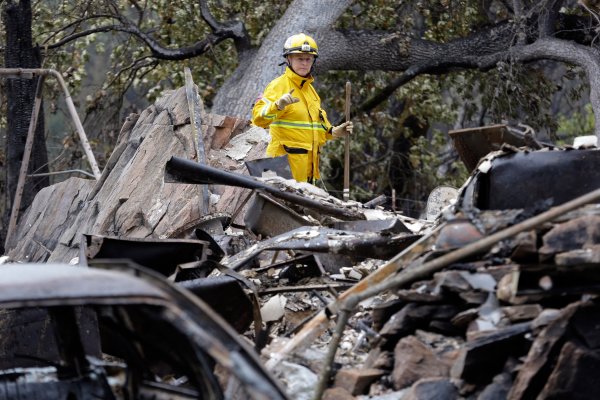 Death Toll in NorCal Wildfires Rises to 5
Next Up: Editor's Pick