The U.S. Environmental Protection Agency is planning wholesale reform of its procedure for testing diesel engines, following revelations that Volkswagen installed software in its cars that allowed it to fool regulators into thinking the vehicles were cleaner than they actually were, according to the Associated Press.

Chris Grundler, head of the EPA’s office of transportation and air quality, told the news service that his agency would begin testing cars on the road in addition to the tests performed with cars on treadmills.

Grundler told the AP that cars with diesel engines, which make up only 1% of the vehicles on U.S. roads, “wasn’t the top priority for the EPA.”

“The agency did have on-road testing equipment — but it was assigned to monitor automaker gas mileage estimates and heavy-duty diesel trucks, where cheating had been uncovered in the past,” the report said.

The EPA’s testing procedures have been criticized for being predictable and outdated, the AP said, potentially making it easier forVW to cheat. And it was researchers at West Virginia University—not the EPA—that uncovered the problem using on-road testing, the AP added. An announcement of the changes could come on Friday. 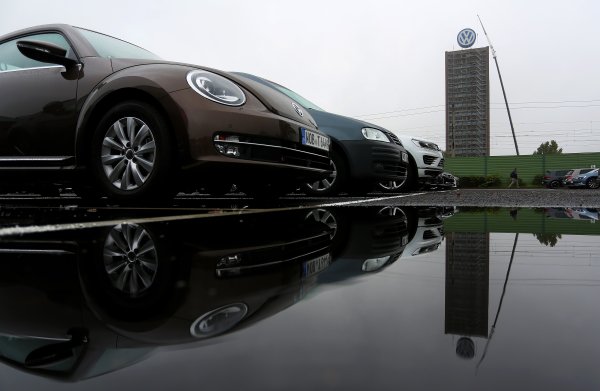 E.U. May Recall Volkswagen Loans
Next Up: Editor's Pick