With his best bud Ben Affleck donning the cape and cowl for Batman v. Superman: Dawn of Justice, Matt Damon is toying with the idea of getting into the superhero game himself.

“I think he approached it the right way, which is, ‘Can I make a great superhero movie?’ rather than, ‘Do I want to play a superhero?'” Damon tells the Daily News about Affleck’s recent foray into the comic book world.

“I’d consider it if the right thing came along,” he adds.

“For us it was always Daredevil – that’s the comic we read when we were kids,” says Damon. “But when that one came along (in 2003) I chickened out, because I couldn’t tell. I hadn’t seen the director (Mark Steven Johnson’s) work and I didn’t know. So I just said, ‘No.’ Ben was like, ‘I gotta do it.’

“And the movie ended up doing very well, even though I don’t think Ben was ultimately very proud of it.”

But there’s still hope Damon could star as the blind vigilante one day.

“If Chris Nolan came up to me and said, ‘I want to do Daredevil,’ I would be in.”

For now, The Martian star is stuck watching Charlie Cox play the part of the Marvel hero on the popular Netflix series, while Nolan continues to work with exclusively in the DC Comics universe.But even if the Dark Knight Returns director is unavailable forever, Damon reminds the Daily News that just like his friend Affleck, he’s got his eye on the director’s chair.

“Just putting that out there,” he jokes. 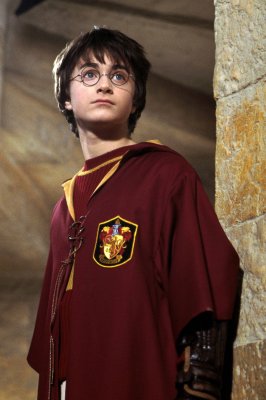 New Harry Potter Play to Be Told in 2 Parts
Next Up: Editor's Pick