Singapore’s government announced on Friday that primary and secondary schools would close as levels of pollution caused by Indonesian forest fires reached their highest levels this year.

Some outdoor events have also been canceled, according to Bloomberg, while officials say face masks are being handed out to the infirm and elderly around the affluent island-state in an effort to alleviate associated health risks.

The Pollutants Standards Index peaked at 341 in Singapore on Friday. Levels above 300 on the index are considered dangerous, the BBC reports.

The chocking smog has blanketed Singapore for weeks and is caused by forest fires engulfing parts of Indonesia and neighboring Malaysia. The fires are a regular occurrence in Southeast Asia thanks to slash-and-burn agricultural techniques used to clear land for plantations. These methods have been heavily criticized by environmentalists.

On Thursday, Singapore’s Minister for Foreign Affairs and Law K. Shanmugam criticized the Indonesian government’s handling of the fires on Facebook, saying that they’ve shown a “complete disregard for our people, and their own.”

Singapore officials say they’ve offered to help Indonesia manage the haze, but the forest fires are expected to continue into November thanks to extreme dryness propelled by the El Niño phenomenon, the Straits Times says. 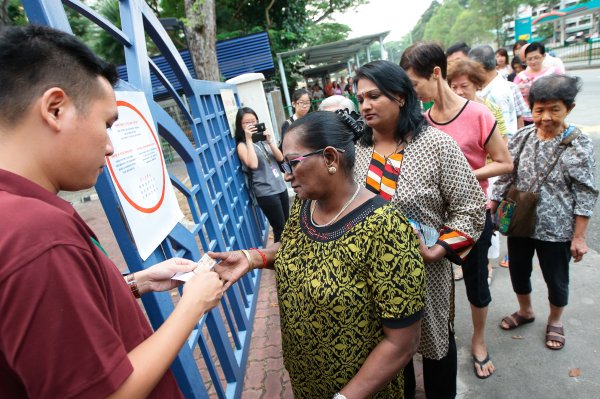 Singapore Heads to the Polls
Next Up: Editor's Pick