In this May 13, 2015 file photo, Bar Refaeli arrives for the opening ceremony and the screening of the film La Tete Haute at the 68th international film festival, Cannes, southern France
Joel Ryan—Invision/AP
By Mark Rivett-Carnac

Israeli supermodel Bar Refaeli almost went from turning heads to turning away flights when she asked to close the air space above her wedding on Thursday at the Carmel Forest resort near Haifa.

In the end, her request for privacy pitted Israel’s transport minister against the Civil Aviation Authority (CAA) in a public feud, the BBC reported.

The CAA initially granted the no-fly zone above the 30-year-old’s wedding to billionaire businessman Adi Ezra. But Transport Minister Yisrael Katz opposed it on Sunday, saying, “The skies belong to all Israeli citizens and we can’t offer special treatment for this event over other events.”

The CAA ignored Katz and two days later announced the air space above the wedding would be closed from 5 p.m. on Thursday to 2 a.m. on Friday, citing safety reasons.

Katz responded in kind, reportedly telling CAA chief Joel Feldschuh: “If the skies are not open above Bar Refaeli’s wedding — you will be removed from your post.”

The Transport Ministry seems to have had the last word. It told the Jerusalem Post that planes were free to fly above Refaeli as she walked down the aisle. In fact, the couple was reportedly planning to fly their own drones, helicopters and an observation balloon above the hotel. 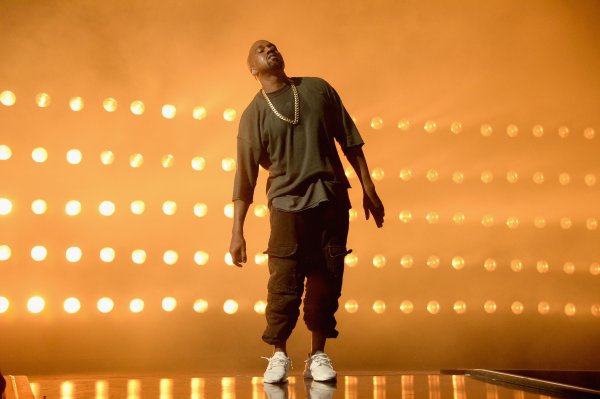 Kanye West Says He's 'Definitely' Running for President in 2020
Next Up: Editor's Pick